Mazda has revealed the new 2013 Mazda MX-5 roadster. The new model is mainly a facelift of the current version, with updated exterior styling and some mechanical changes. 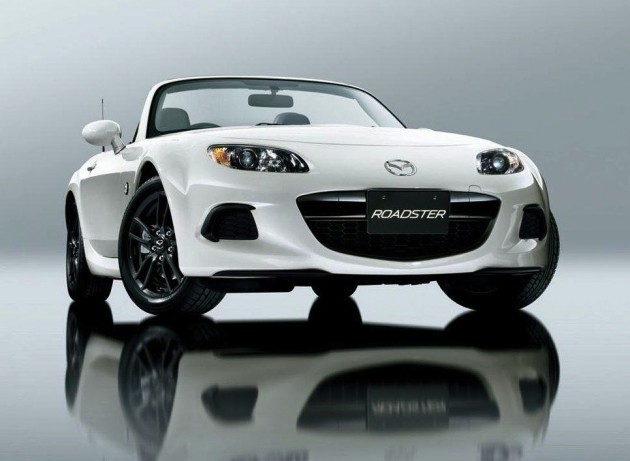 From the front you can see the facelift brings a new bumper bar with a much larger and wider ‘mouth’, in tune with Mazda’s latest design theme. The bar is also lighter in weight compared with the outgoing model, as is the bonnet. Other cosmetic changes include new lightweight 17-inch alloy wheels and new driving light clusters.

Inside, the 2013 Mazda MX-5 gets a range of new colour options including tan leather, Alcantara, and black fabric. Some new grey inserts have also made their way onto parts of the dash and steering wheel.

Under the bonnet, the same 2.0-litre naturally aspirated four cylinder with 118kW of power and 188Nm of torque resides. However, some revisions have been made to the engine mapping to improve throttle response.

This is thought to be the final iteration of this generation MX-5, until the all-new (possibly turbocharged) model comes in. The all new model is expected some time in 2014, while this 2013 version will go on sale in Australia towards the end of this year.

UPDATE: The new model is available to order in Australia now, with deliveries scheduled to commence in Spring.