When it comes to exotic sports cars and supercars, Maserati has always been up there amongst the most desirable. The Italian company has just unveiled its latest model, the 2013 Maserati GranTurismo MC Stradale, now with four seats. 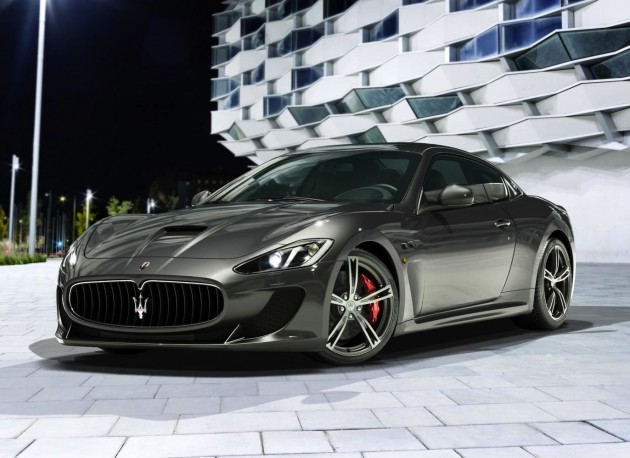 As Maserati describes it, the new four-seat version combines a number of different characteristics into one car. It offers “sportiness, luxury and elegance, comfort and style, and functionality and dynamism”, which basically means it’s a slightly stripped back and more focused version of the GranTurismo.

Power comes from a 4.7-litre naturally aspirated V8 developing 338kW and 520Nm. Matched up with a MC Race Shift six-speed robotised manual transmission, the Stradale is capable of hitting 302km/h.

It certainly looks the business too, with an aggressive and low front spoiler, gaping corner air inlets, body-moulded side skirts, and a nicely finished off rear end with a lip spoiler on top and diffuser underneath.

The new model will make its public debut at next week’s Geneva Motor Show, commencing on March 5, before going on sale later this year.