The new 2013 Koenigsegg Agera R facelift has been revealed at the 2012 Geneva Motor Show in Switzerland. As reported last week, the model update gets a number of revisions, including full carbon fibre wheels. 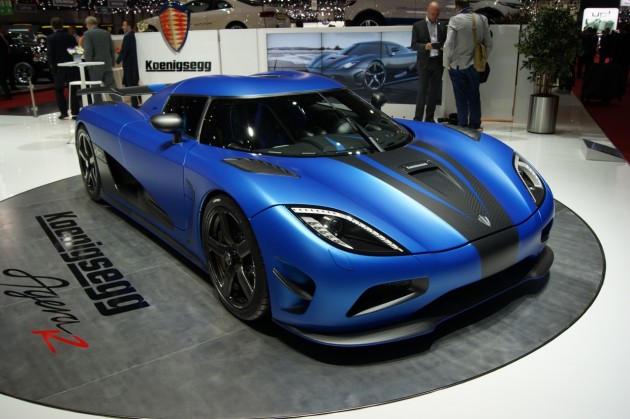 Being a Koenigsegg – Swedish maker of some of the fastest production cars in the world – the 2013 Koenigsegg Agera R facelift brings even more speed. Koenigsegg is claiming a top speed of 440km/h with the new version, although an official test is yet to be recorded.

The update gets a revised engine ECU over the outgoing model which raises the rev limit from 7250rpm to 7500rpm, while maximum power is 839kW (1140 metric horsepower), up from 820kW, running on E85 85 per cent ethanol fuel.

The matt blue paint and black/carbon fibre two-tone effect looks interesting, as do the LED outlined headlights. Overall, it looks like a carefully crafted weapon. 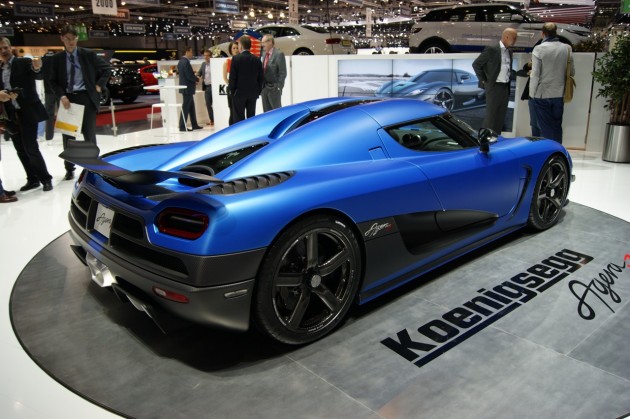