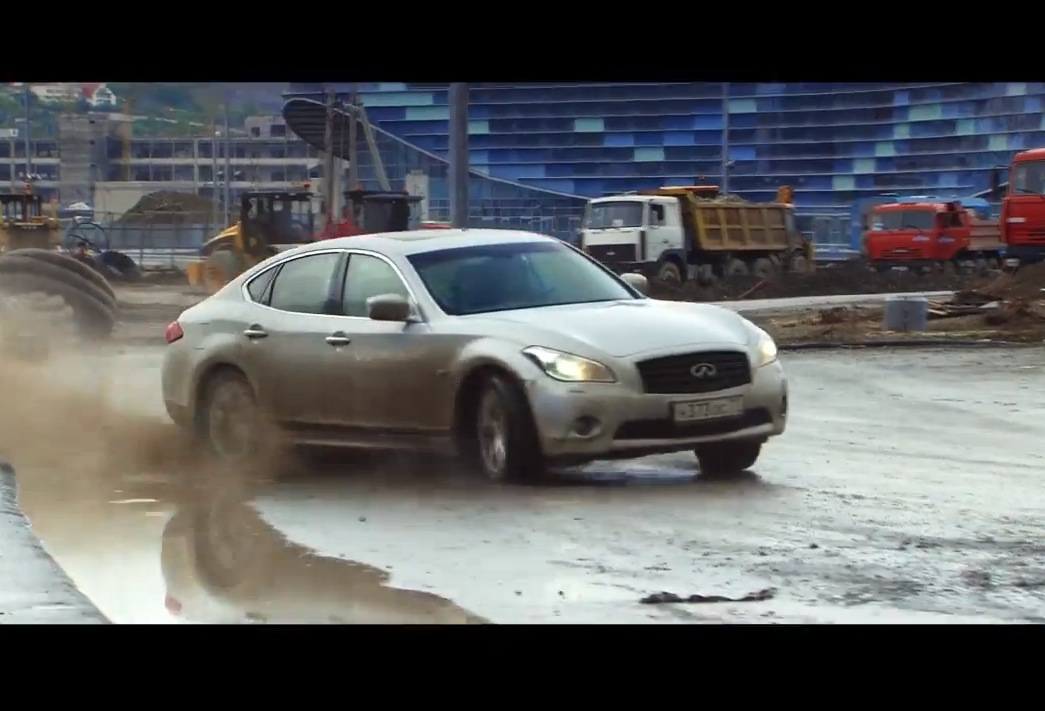 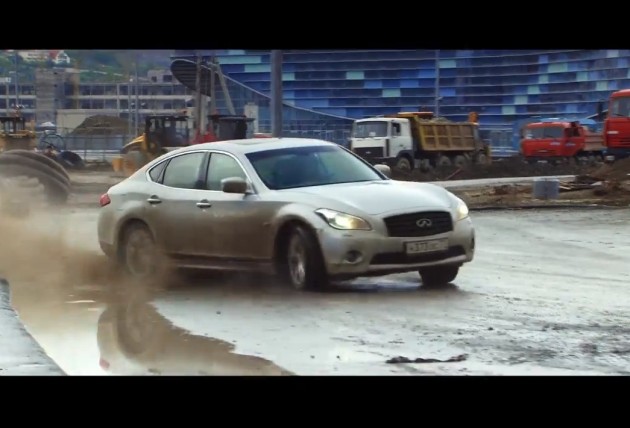 As you can see in the video below, the boys have a bit of fun sliding around the carved out dirt track in a pair of Infiniti M sedans. The guys also give us a bit of a rundown on the circuit, in terms of its corners and its character.

The circuit is a rather long one, measuring 5.9km, making it the third-longest circuit in the current F1 schedule.

The 2014 Russian F1 Grand Prix is likely to take place towards the end of the season, around November 2014.

Click play below for a bit of a preview.