Hyundai has unveiled a rather interesting concept car at the 2012 Los Angeles Auto Show in the US, called the Hyundai Veloster C3 Roll Top. It sports a funky retractable roof design, giving it a ute-like character with the open-air freedom of a cabriolet. 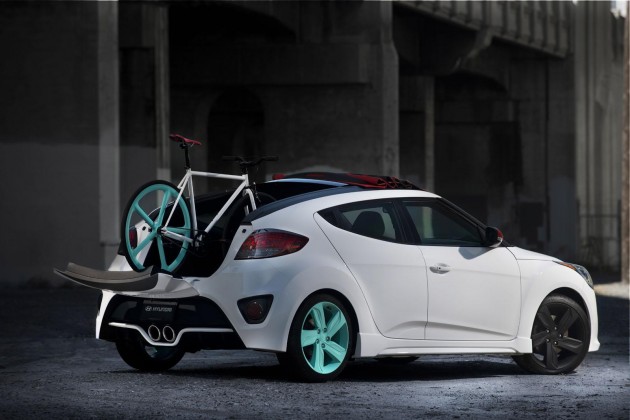 At the moment the Veloster is available in pretty much one single layout; the three-door coupe/hatch. It features a third door behind the passenger for easier rear-seat access.

There’s been a few rumours going around suggesting Hyundai might be thinking of a convertible, but this is the first time such a layout has been conceptualised.

The roof is made up of a fabric mechanism which can be peeled back to provide full open-top driving. This is paired with a new tailgate design, allowing for an almost ute-like functionality. 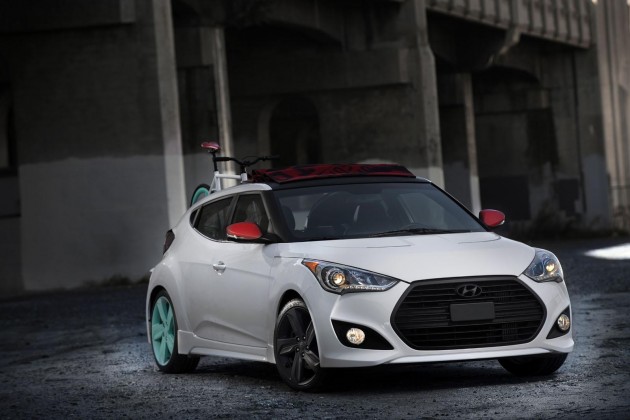 Other unique highlights include a set of 18-inch alloy wheels in different colours, a darkened front grille, side skirts, and a centre outlet exhaust system.

Hyundai has no official plans to put the C3 Roll Top into production at this stage. It would be cool to see this thing on the roads though don’t you think?