Jeep Australia has introduced the new luxury-focused 2013 Jeep Wrangler Overland. The new model is targeted at the more premium end of the serious off-road segment. 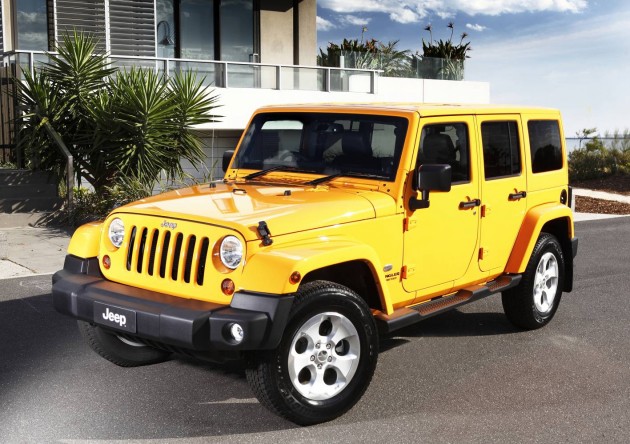 Distinguished on the outside with a set of 18-inch polished sparkle silver alloy wheels, exclusive highlights for the Overland include body-coloured wheel arch extensions, a body-coloured hard-top roof for both the two-door and four-door, as well as a set of Bridgestone Dueler tyres.

Inside, the off-road performer comes with a Uconnect Media Centre interface with satellite navigation, a reverse-parking camera, and a leather trim. Automatic headlights are also added to the list.

Under the bonnet, the Overland is only available with Chrysler’s new 3.6-litre Pentastar V6 petrol engine. It produces a healthy 209kW of power and 347Nm of torque, ensuring no terrain is too boggy.

The engine is matched up to a five-speed automatic only, while fuel economy has been rated at a relatively steep 11.7L/100km on the combined cycle.