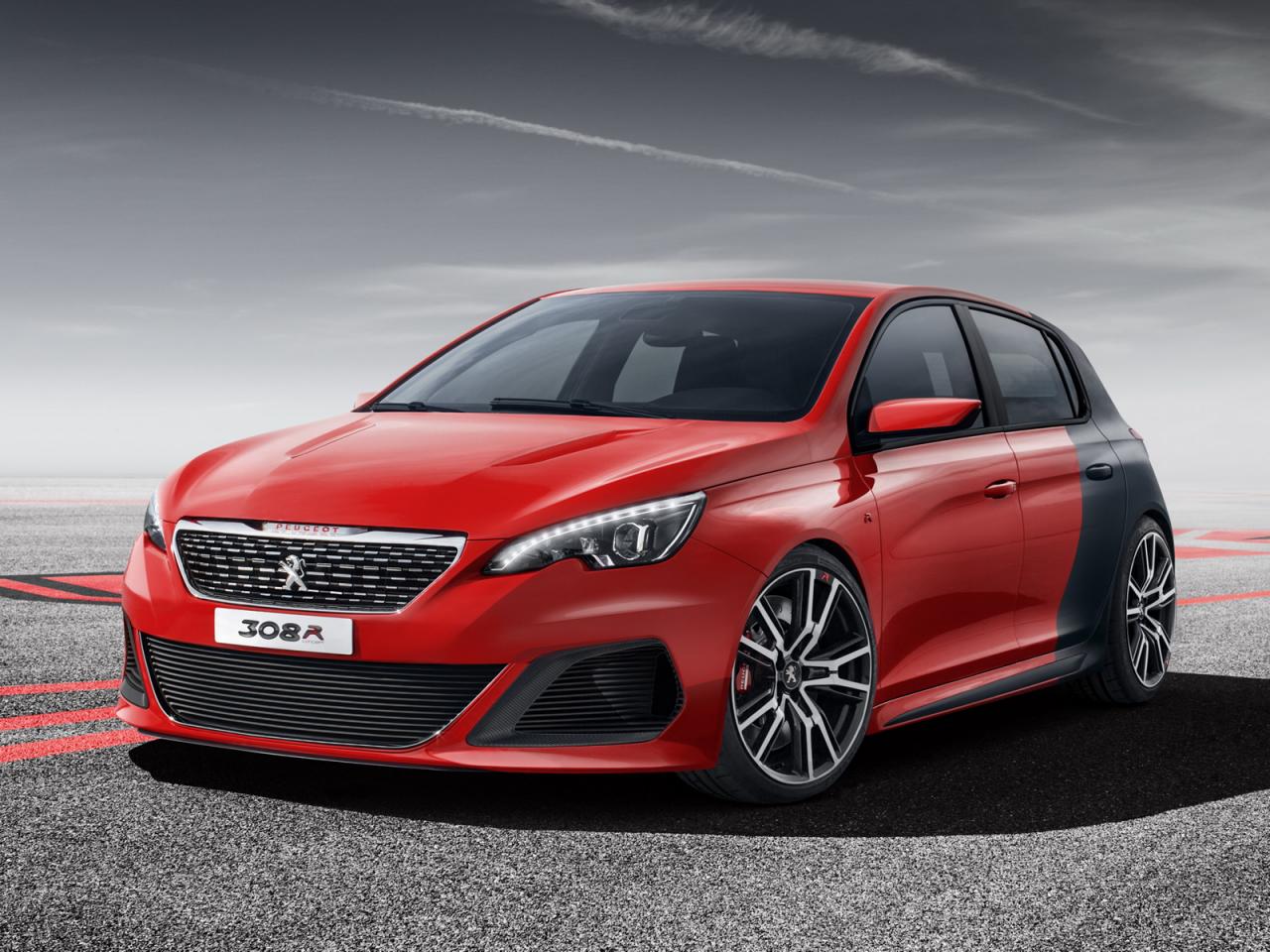 Peugeot has revealed the 308 R Concept in the lead up to its official public debut at the Frankfurt Motor Show next month. The concept presents added spice to the 308 in the form of more power and more style. 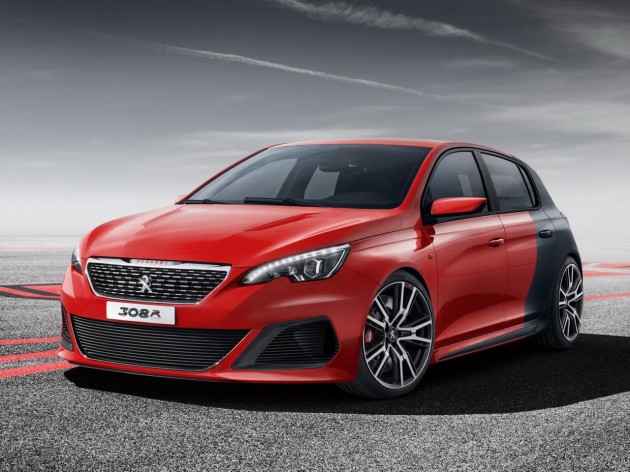 Featuring the 199kW/330Nm RCZ R 1.6-litre turbocharged four-cylinder, the 308 R Concept is one of the most powerful road-ready hot hatches the company has made. The grunt is sent through a front-wheel drive system with a Torsen limited-slip diff and a six-speed manual transmission.

On the outside, the 308 R Concept shows off an angry two-tone theme with a unique bodykit, a racy front end with added flares and intakes, as well as a rear spoiler and a diffuser section lower down.

The R Concept is also lowered by 26mm over the regular 308, and comes with bespoke 19-inch alloy wheels, carbon fibre side mirrors, special ‘R’ logos scattered about the place, and a set of 380mm front and 330mm rear performance brakes.

Inside, there’s an ‘i-Cockpit’ interior which is “pure design” and “full of character”, promising a new kind of sensation. In the dash sits a 9.7-inch touch-screen interface, while the driver gets to play with a compact sports steering wheel which cuts some weight from the overall figure.

Peugeot doesn’t have any concrete plans to produce the car as a regular production model. However, like with most concepts, if the 308 R is extremely well received by the public the company may at least produce some option packages derived from the exclusive concept