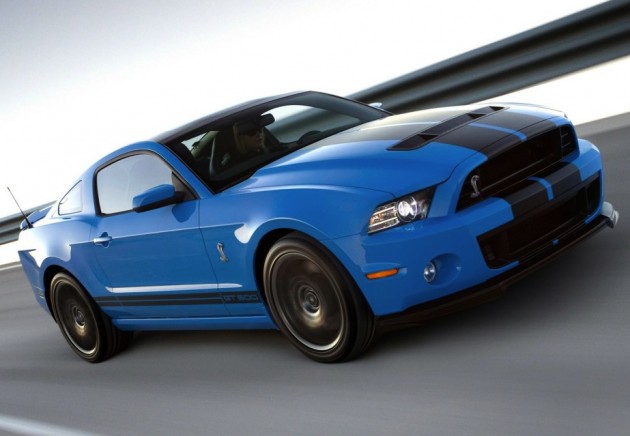 Ford SVT is yet to reveal official 0-100km/h times, however, the new muscle car will apparently achieve the sprint in first gear. We can expect it to come up in the 3.0-seconds range.

During the interview, Ford revealed the production version of the GT500 won’t actually feature the grille that is seen on the initial press images. They say the engine requires lots of airflow, so the grille has been removed and revised.

The new model isn’t set to hit the market until around mid-2012. It will be the company’s most powerful Mustang ever made, competing with mighty Corvette ZR1 and its 476kW 6.2-litre supercharged V8.

Meanwhile, we’re all waiting for this stonking motor to make its way over to Australia, hopefully rekindling the GT-HO days and its 5.8-litre engine. Fingers crossed…