Audi has revealed the new 2012 Audi A6 allroad quattro, based on the sleek new Audi A6 Avant. The versatile wagon will go on sale in Australia in the second half of this year. 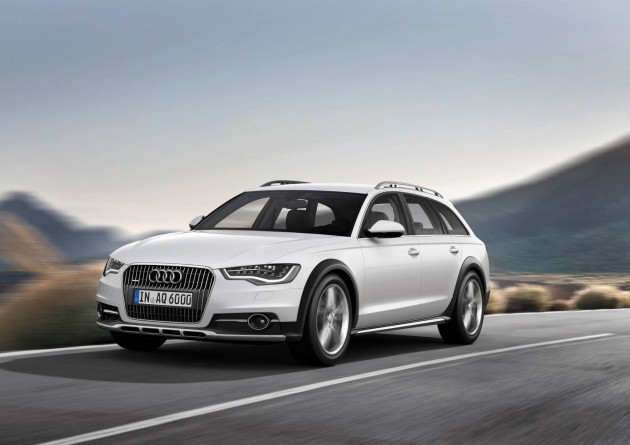 Offering a sporty, jumped up personality compared with the normal Audi A6 Avant (wagon), the 2012 Audi A6 allroad features rugged trimmings, such as contrasting wheel arches, bumper bars and sills, giving it that recreational off-road theme.

Overall dimensions are slightly bigger than those of the A6 Avant, with the allroad sitting six centimetres higher. Other distinguishing features include twin exhaust outlets, camping-ready roof rails, a single-frame front grille, and a number of stainless steel protection plates underneath for when the going gets rough.

Powering the 2012 Audi A6 allroad, at least internationally (Australia variants are yet to be finalised), is a lineup of all-wheel drive V6 powerplants. Kicking off with three variants of the 3.0 TDI turbo-diesel V6, the allroad can be had with 150kW/450Nm, 180kW/580Nm or 230kW/650Nm.

The 230kW variant is twin-turbocharged and comes with an eight-speed automatic transmission, while the other three TDI variants come with a seven-speed S tronic dual-clutch auto.

What’s best? Well, if you want fuel-economy the entry-level 150kW TDI comes with a fuel consumption rating of just 6.1/100km. But if it’s power and performance you want, the 230kW variant is able to do the 0-100km/h dash in just 5.6 seconds. 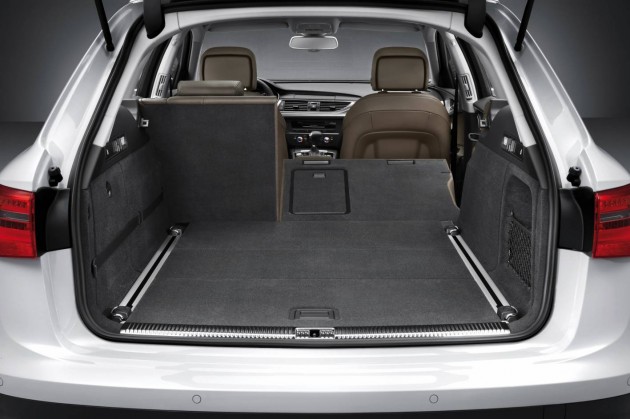 Inside, the allroad comes with a cargo capacity of 565 litres, and 1680 litres when the rear seats are folded flat. The allroad can also be optioned with a Bang & Olufsen stereo system with 15 speakers. This is connected up to a retractable eight-inch touchscreen MMI interface with UMTS internet connectivity, and WLAN hotspot capability to connect all phones in the vehicle.

Safety features include radar-guided cruise-control with stop & go, capable of maintaining a safe distance between it and the car in front. It also features park assist – capable of reverse-parking the A6 for you – and 360-degree parking cameras.

Overall, it’s the perfect family getaway car on the weekend and a stately businessman’s car during the week, with performance to keep you out of trouble (or in trouble).

Australia pricing and variant lineup for the 2012 Audi A6 allroad will be announced closer to its launch.