Even though the new 2013 Volvo V40 is yet to hit the showrooms, aftermarket tuning company Heico Sportiv is already planning some performance upgrades for the svelte new hatch. 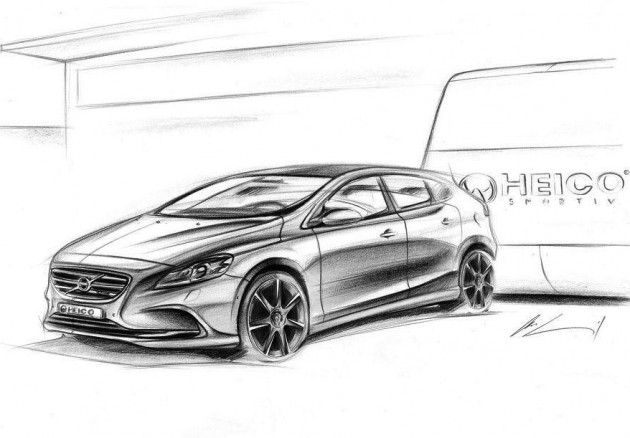 In standard form, the Volvo V40 – set to go on sale in Australia during the start of 2013 – in the most powerful ‘T5’ trim level will come with a 2.0-litre turbocharged four-cylinder engine producing 177kW of power and 320Nm of torque.

Keen specifications enthusiasts will notice the output is the same as the Ford EcoBoost 2.0-litre engine which is used in a variety of vehicles, including the new Ford Falcon and the Range Rover Evoque Si4. Volvo also adopts the unit for its T5 models, however, a slightly different Volvo turbocharger is used.

Back to the tuning kit, Heico Sportiv plans to boost power to 198kW, and torque to 365Nm with the help of an e.motion ECU upgrade. The change will also extend the V40’s top speed by 5km/h. 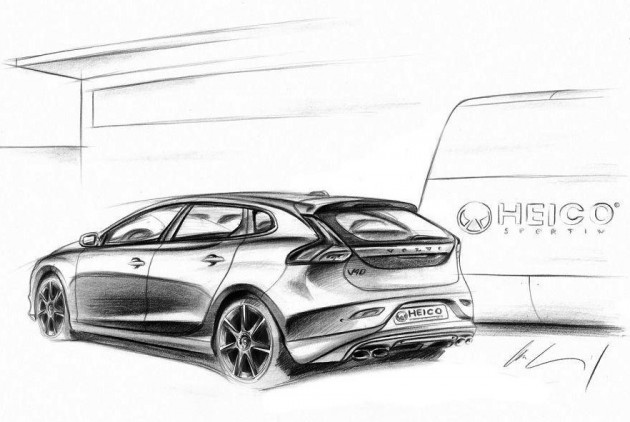 As you can see by these early preview sketches, Heico Sportiv is also planning a subtle exterior upgrade, with a more aggressive front bumper bar, a chunkier rear diffuser, and a set of matching side skirts. To top it off, the pack will also include new seven-spoke alloy wheels.

The 2013 Volvo V40 has been designed to take on the likes of the Audi A3, and the sleek new Mercedes-Benz A-Class. It will be interesting to see how the battle of the Euro hatches will pan out over the next year or so.