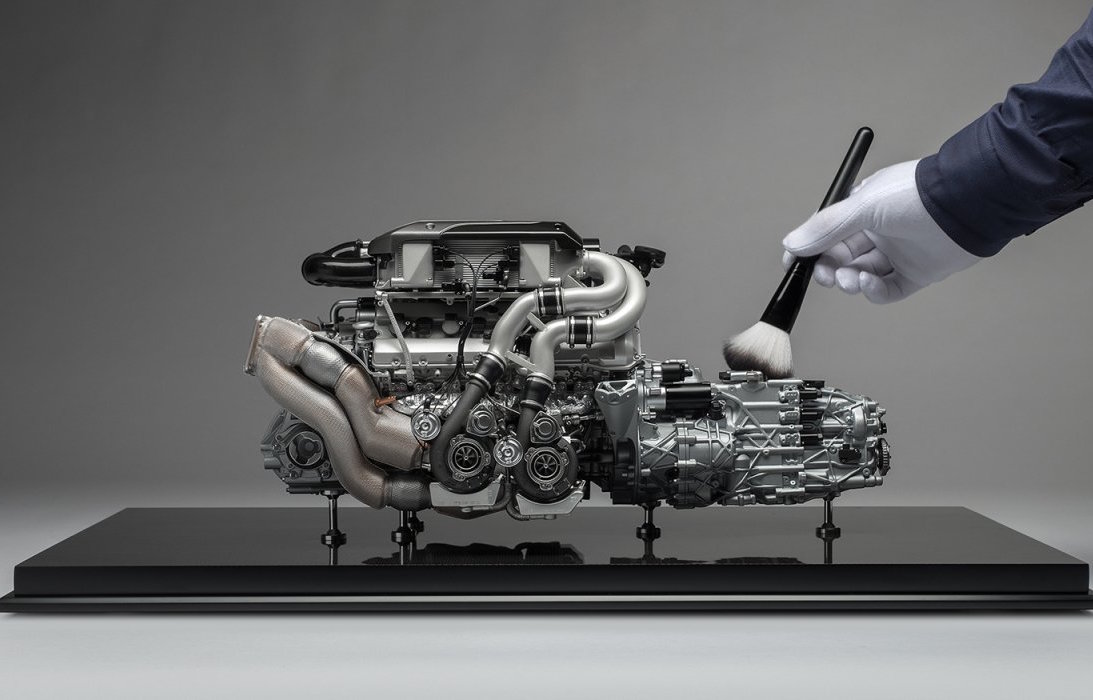 Looking around for some Christmas present ideas for your mechanically-minded family and friends? This detailed 1:4 scale model of the Bugatti Chiron engine could be just the thing. 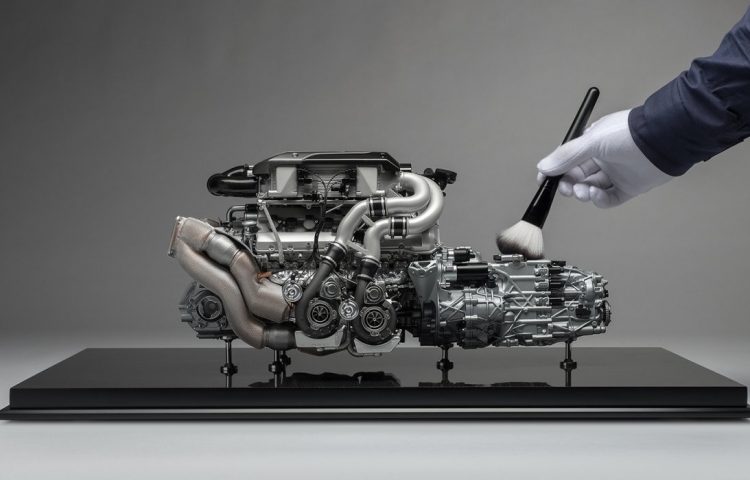 The Bugatti Chiron’s engine is a masterpiece of engineering, space efficiency, and mind-boggling tube work. It uses four turbochargers to pump air into two throttle bodies, and into 16 cylinders collectively providing 8.0 litres of combustion capacity.

As for the scale model version, it’s just as detailed and as impressive as the real thing. Almost. It was developed with help from Bugatti’s design team and is made up of over 1000 parts. Some of these parts are made from stainless steel, pewter (metal), and polyurethane resin, to the finest detail that’s all been approved by Bugatti.

To assemble the 44cm-long model it apparently took around 2500 hours to develop and then another 220 hours just to put it all together. That’s probably more time than what is required to build the real, full-size unit. Obviously the tiny parts would have been a lot more fiddly to put in place.

We should probably point out the engine doesn’t actually start or produce 1104kW like the real-life machine, but it could provide hours of examining and staring time for the lucky owner. And we say lucky because, Amalgam, the creators, are asking for US$9365 for it. If it’s any consolation the dual-clutch auto transmission comes as standard.