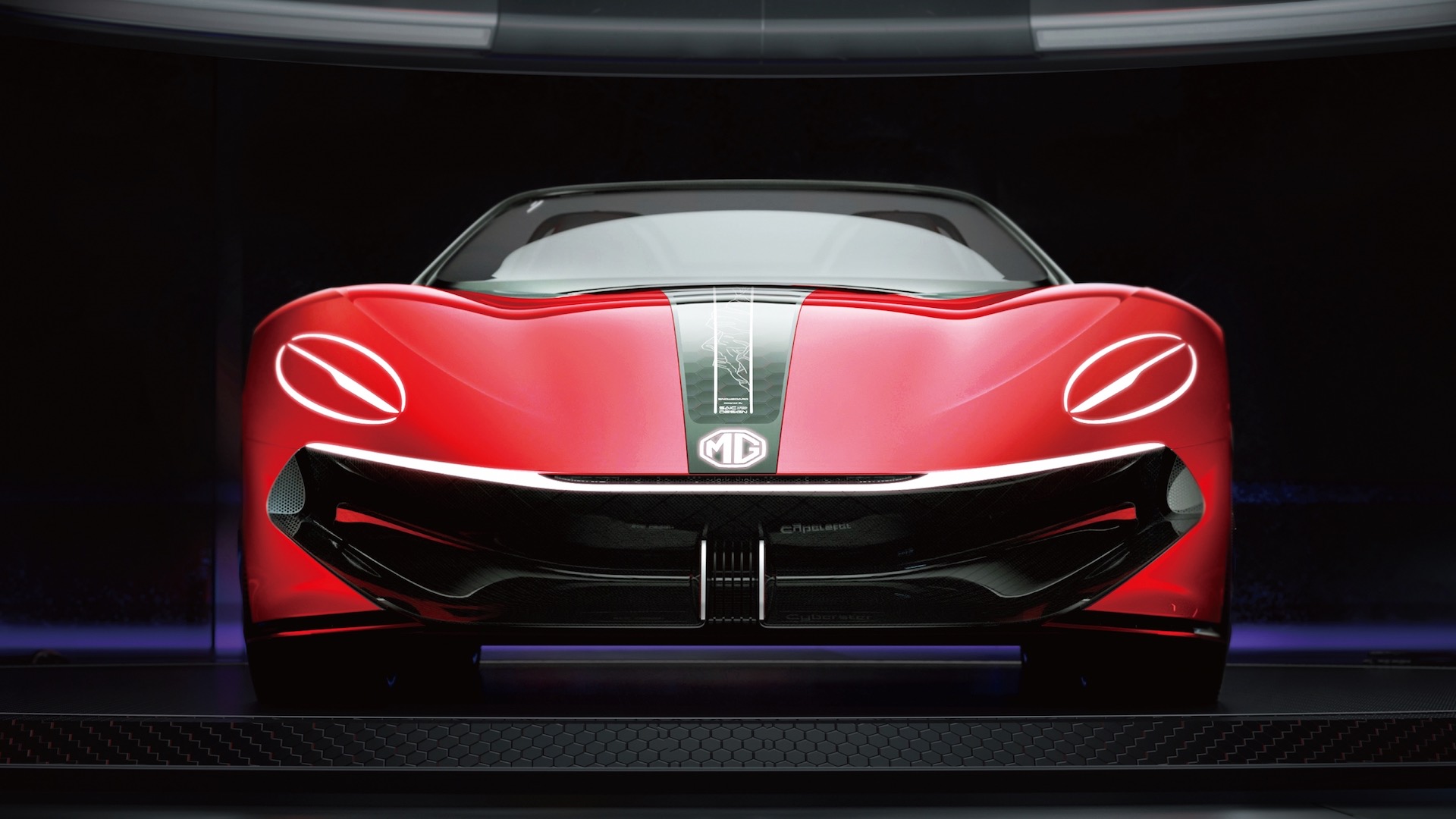 Yep, MG might finally rekindle its sports car heritage. The Chinese company has just handed out some preview images of a new concept called the Cyberster, which will debut at the Shanghai Auto Show later this month. 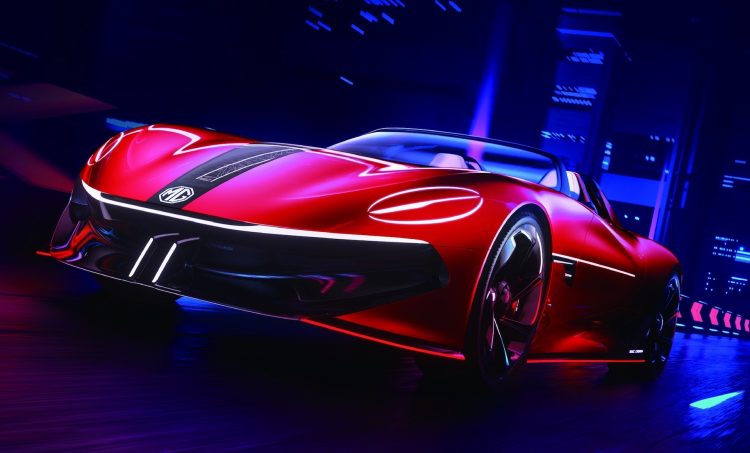 The preview sketches show a traditional low and swoopy sports car profile, with an open-top roadster theme. It was designed at the MG Advanced Design Centre in London, and it is described as drawing plenty of inspiration from the classic MGB Roadster.

Being an electric vehicle, the front doesn’t need to facilitate a big grille. So, instead, the nose is low and pointed, with a slim grille piece and deep spoiler. This is supported on either side by a pair of “interactive” Magic Eye headlights that open when switched on. You’ll also notice the high wheel arches that envelop huge wheels. 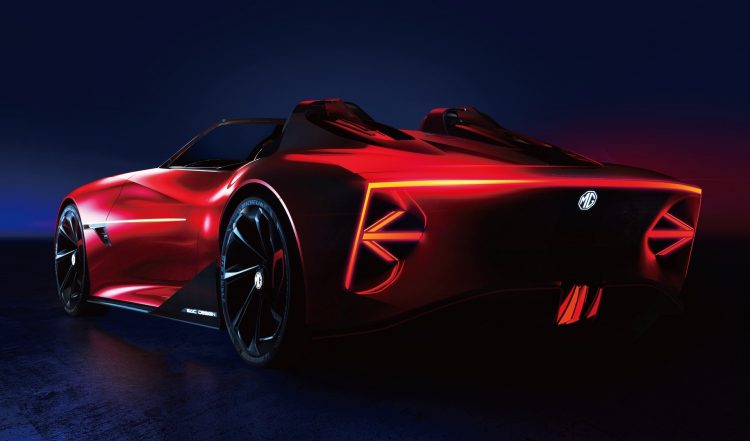 Along the sides there’s an LED ‘laser belt’ which outlines the doors, with an LED light strip along the bottom that continues to the rear. Speaking of LEDs, the rear end is a spectacular display of lines that form the taillights. The flush-mounted LEDs create a pattern that echoes MG’s British heritage, looking a bit like the Union Jack. Speaking about the design, Carl Gotham, director of SAIC Design Advanced London, said:

“The Cyberster is a bold statement that looks strongly into MG’s future, touching on our heritage but more importantly building on our cutting edge technology and advanced design. Sports cars are the lifeblood of the MG DNA and Cyberster is a hugely exciting concept for us.”

As for the powertrain, MG proposes an “intelligent all-electric architecture” that promises a full-charge range of around 800km. MG also suggests a 0-100km/h time of under 3.0 seconds. Details on power output and battery capacity are yet to be revealed.

In terms of production, MG describes the Cyberster as showcasing the brand’s vision of the future, as well as rekindling some of the classic MG heritage. A possible production version would no doubt be inspired by the concept but likely watered down, in terms of design, to meet road requirements.

More details will be confirmed at the concept’s unveiling, taking place at the Shanghai motor show. The show runs from April 21-28.