Renowned Lamborghini, and general supercar tuner, Underground Racing in the US has released a video showcase of its new Audi R8 V10 twin-turbo system which is now available for purchase. It gives the Audi R8 V10 up to 1200hp. 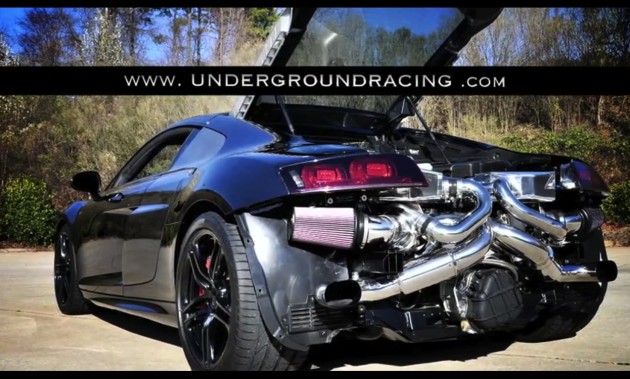 The kit includes intricate pipe work that comes with the installation of two turbochargers. Two chrome intercoolers are also used. Underground Racing offers four different stages of the package to choose from, or four different severity at which you’d like your face to be squashed during acceleration. They are as follows:

(*All prices are US while power figures are Underground Racing estimates.)

Click play on the video below for a demonstration of what the package is capable of. The beginning is a little slow but the action starts during the second-half. In-car acceleration with speedo views also represents how quick this thing is.