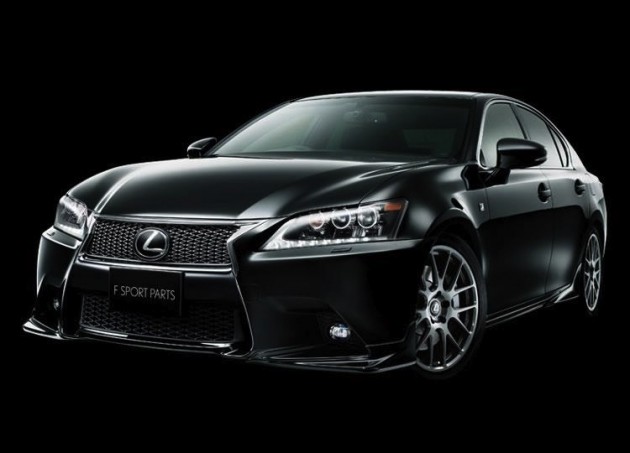 Like the 2012 Lexus GS F Sport, the new TRD Lexus GS comes with an aggressive new bodykit to give the GS 350 and GS 450h an exclusively sporty touch. It includes new front and rear bumper bars, matching side skirts, a rear lip spoiler, and fog-light-embedded front spoiler.