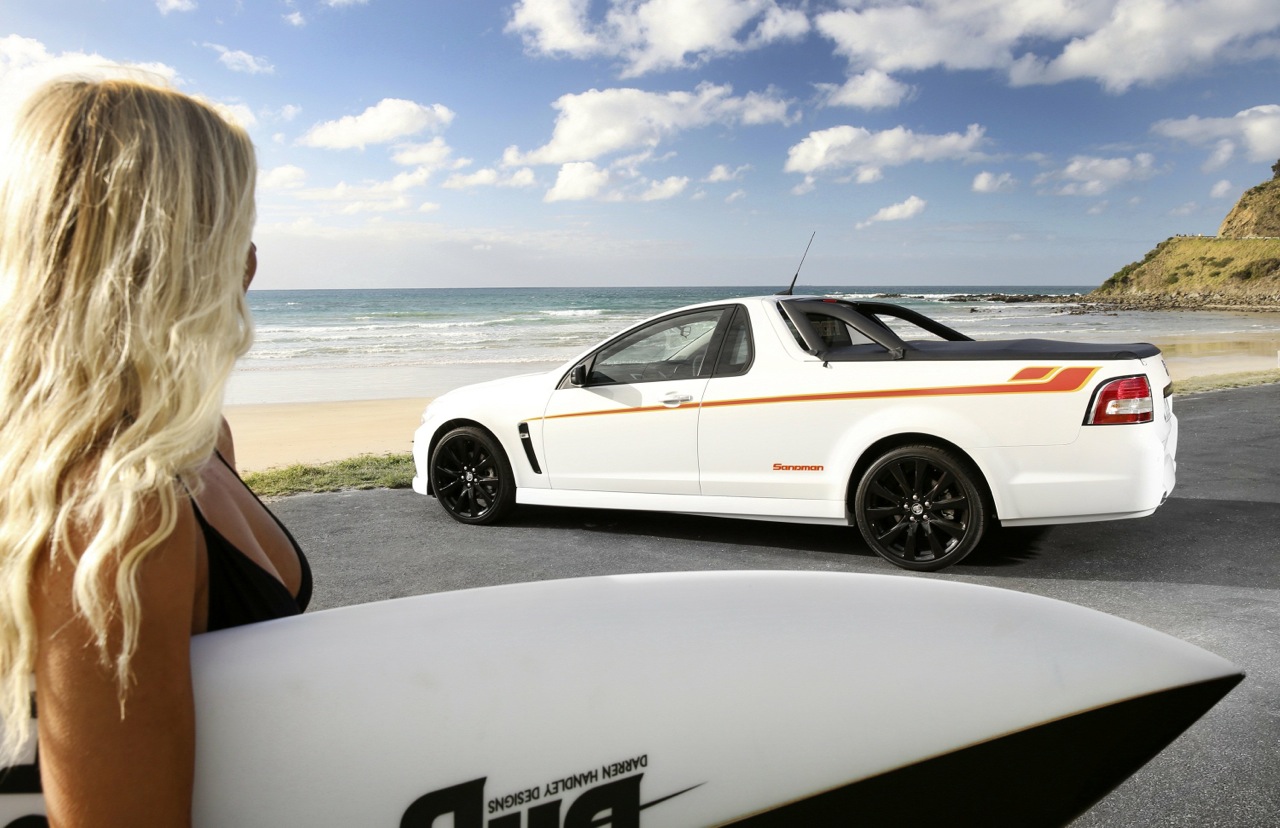 The Holden Sandman is back. Well, sort of. Holden has created some unique special editions based on the 2015 VF Commodore to pay tribute to the nameplate’s 40th anniversary. 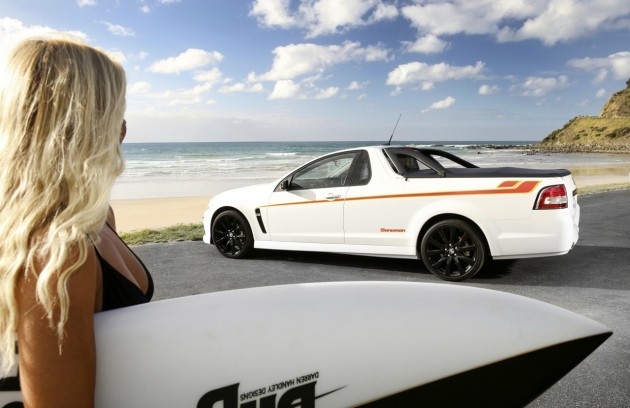 Based on the SV6 and SS V Sportwagon and Ute, the special editions come with a number of features inspired by the original. The decals down the side of the body, for instance, are replicas of those that donned the original.

The exterior is complimented by 20-inch black alloy wheels, black front grilles and trimmings, black side vents, and a few Sandman decals scattered around the place. The ute version also gets a black sports bar in the back.

Inside, buyers are presented with special Sandman sunshades, floor mats, and a build number plaque. Interestingly, punters can also option for orange shagpile/sheepskin inserts on the seats, and for the floor of the cargo area in the Sportwagon versions.

Holden has thrown in some modern highlights too, such as head-up display. Like all VF Commodores, the dash features the latest MyLink touch-screen interface with various in-built apps, while the driver can use the automated parking assistance function to make parking easier. 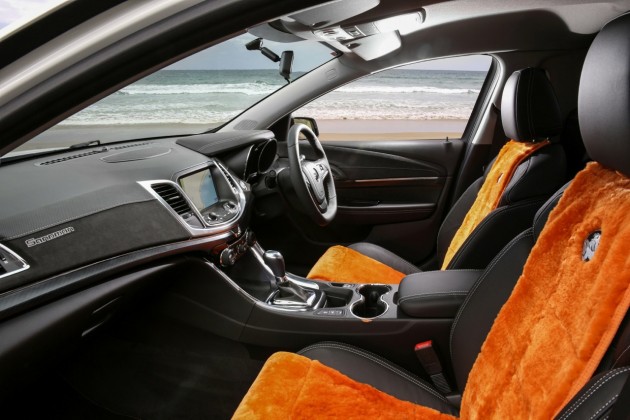 The Sandman Special Edition will go on sale in June. Prices are $2950 above the respective models. So the SV6 Sportwagon Sandman kicks off from $43,640, while the SS V Ute Sandman starts from $45,940 (excluding on-roads).