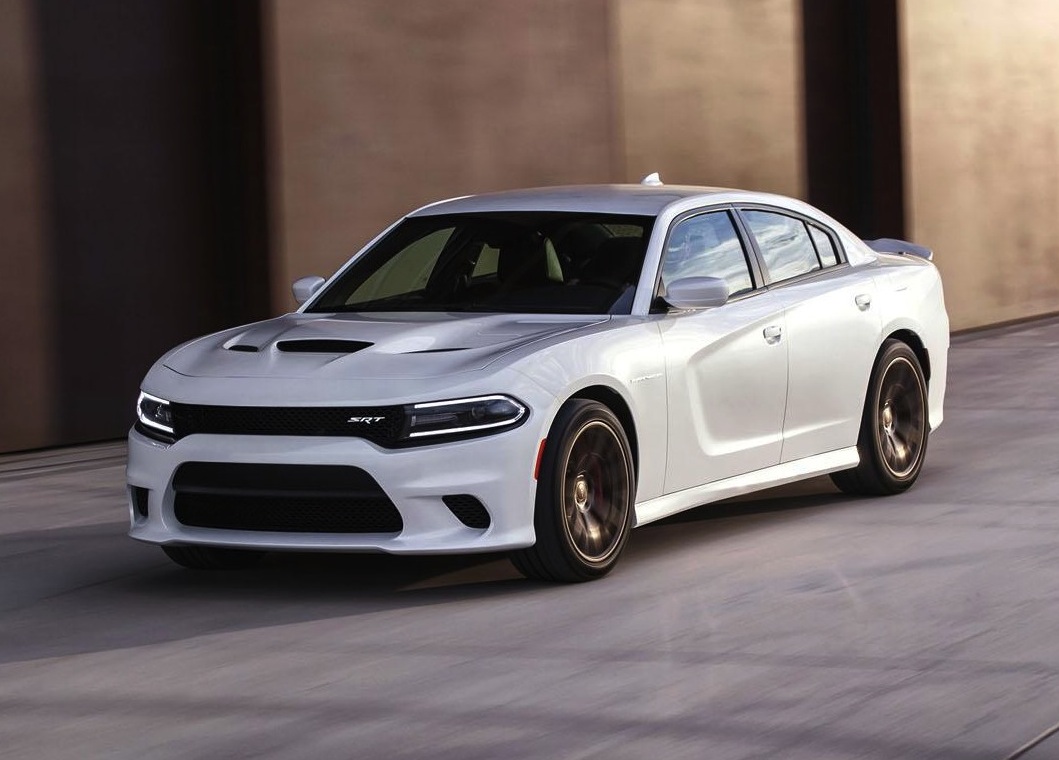 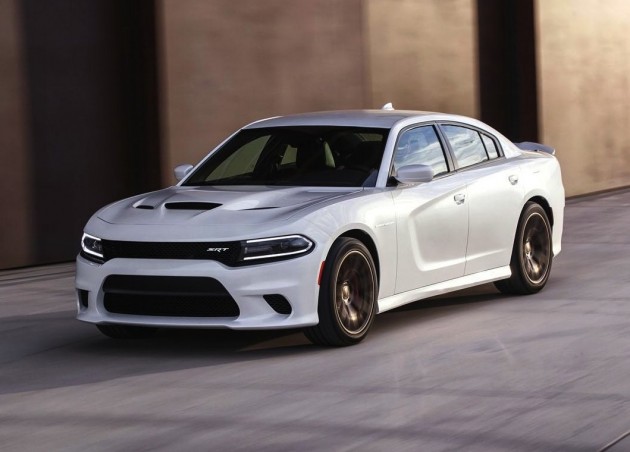 The Hellcat is Chrysler’s most powerful V8 engine it has ever come up with for a road car. It’s a 6.2-litre supercharged V8 producing a mind-blowing 527kW of power and a tree-stump-ripping 880Nm of torque.

You might recognise this engine from the Challenger SRT Hellcat. Australians have all of their fingers crossed in hope that either the Challenger or this new Charger reaches local shores some time soon, with the Hellcat engine. We have heard word that Chrysler Australia has considered the Challenger before. 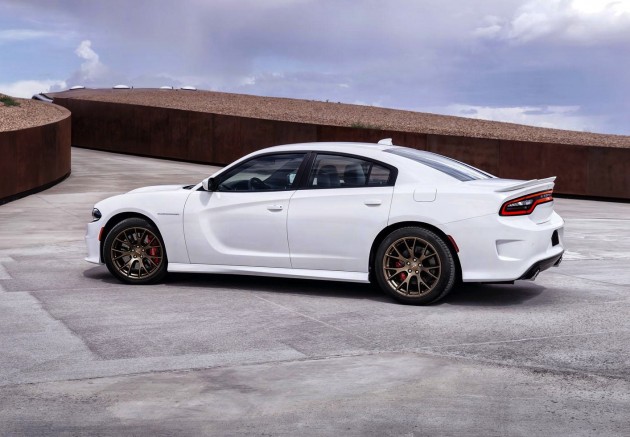 Inside, the driver gets a reconfigurable seven-inch digital gauge, while front passengers use an 8.4-inch Uconnect touch-screen infotainment system with a multitude of apps and driving modes. There’s also a Nappa leather and Alcantara upholstery, and two key fobs – a red one for all 527kW and a black one that restricts power to 373kW.

Production of the new model will kick off during the start of 2015. Keep those fingers crossed for an Aussie introduction.