Porsche has revealed the all-new 2012 Porsche 911 Cabriolet. This is the convertible version of the new 991 Porsche 911 Coupe, and is set on go on sale internationally in March 2012. 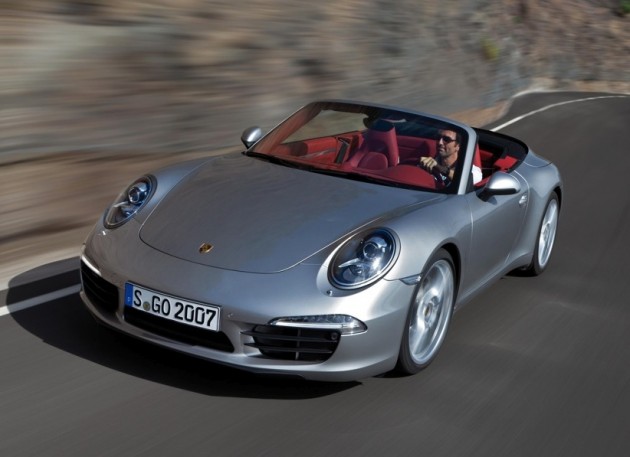 The 2012 Porsche 911 Cabriolet is set to be lighter in weight compared with the current 997 911 Cabriolet range, thanks to a new fabric roof which has been designed not only to blend in with the natural shape of the Coupe, but also with a new magnesium lightweight frame.

With the roof up, you can see the smooth transition from metal to fabric, flowing down to the new rear end layout.

The new cabrio is expected to make an official debut at the 2012 Geneva Motor Show, and will hit the market on March 3.

Australian release dates and pricing for the Cabriolet are yet to be announced, but it is likely it will debut shortly after the Coupe which is set for a March release.