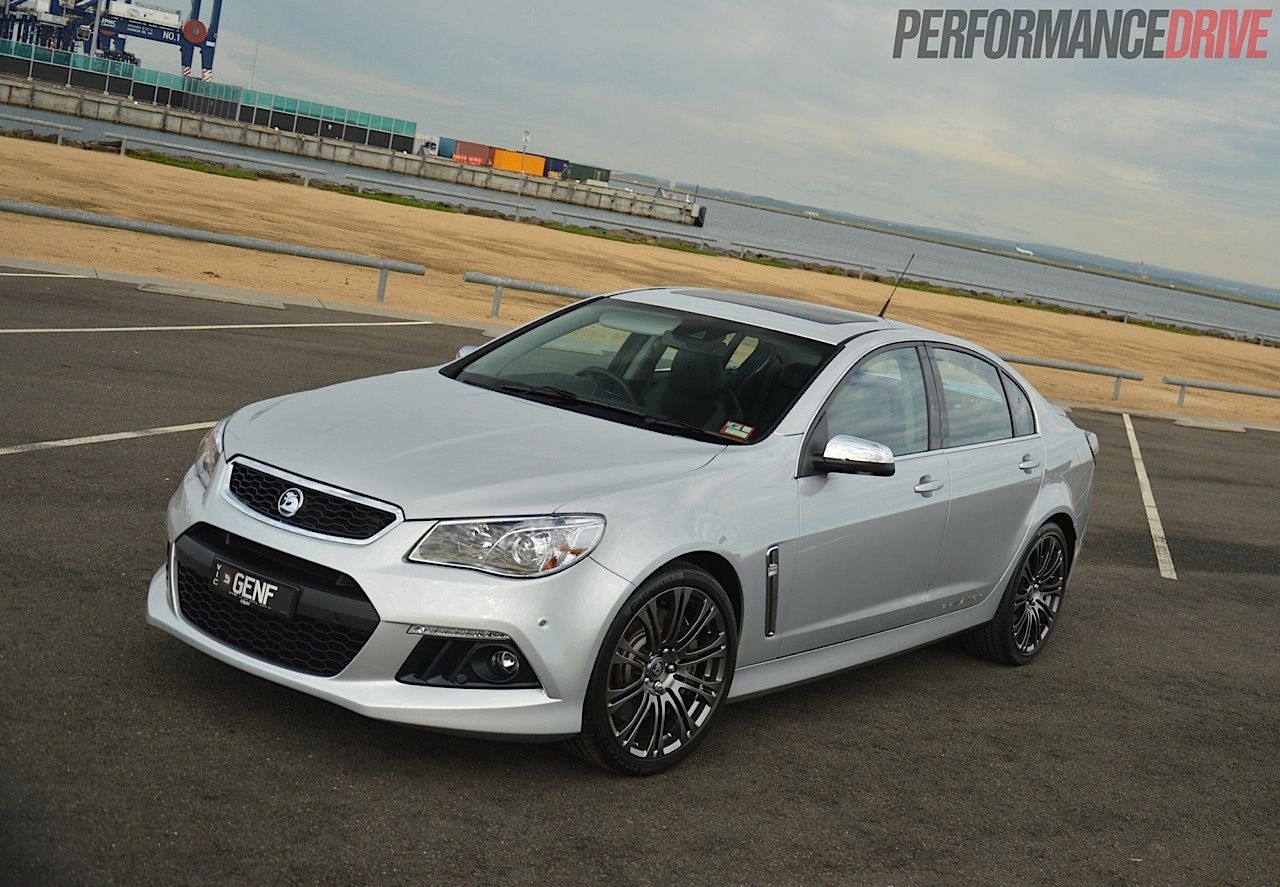 The HSV Senator Signature has always been the suavest HSV in the showroom. Now adopting the significant updates introduced with the VF Commodore, the new GEN-F Senator edges even closer to becoming one of the world’s best luxury performance sedans. 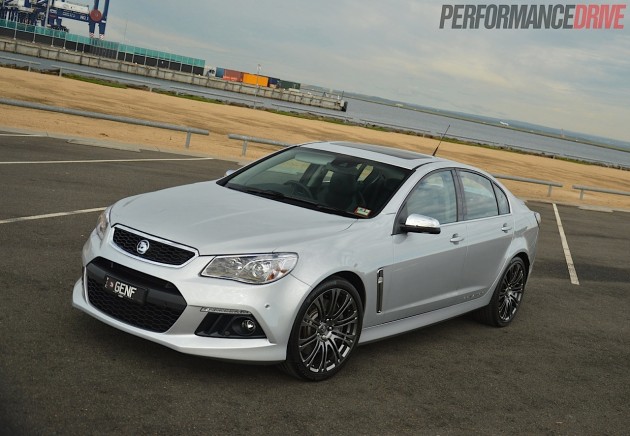 When you think of the Senator you probably think of a stately sedan that’s been pumped with steroids, right? That’s how things used to be. Not any more. The latest executive heavyweight is much more refined than that. It’s more efficient, more dynamic, better equipped, and yes, it’s even more powerful and quicker than ever before.

HSV offers a special ‘SV Enhanced’ option for most of the Gen-F range (except GTS) which takes engine power from 325kW to 340kW. This tune comes standard with the Senator Signature. Fans will rejoice over the fact that this is the most powerful version ever thanks to the standard tune-up.

Backing the engine is the option of a six-speed auto or, surprisingly, with today’s demand for auto everything, a six-speed manual. All HSVs on sale feature a rear-wheel drive layout with some form of limited-slip differential (depending on model).

Prices for the Gen-F have dropped a fraction over the E Series 3 predecessor. The latest model kicks off from $83,990 (auto and manual), down from $86,990 of the previous auto E Series. 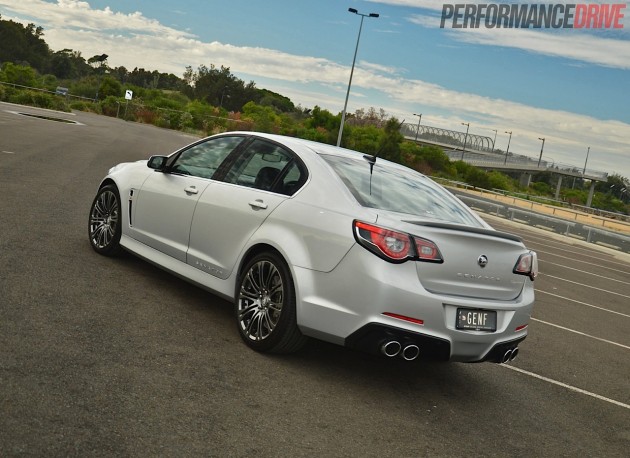 Gen-F HSVs offer a plush yet sporty interior package. The standout is the chunky seats in the front. These manage to provide excellent grand-touring comfort as well as bear-hugging security in the corners. Disappointingly, the Senator doesn’t get puffy leather items like it used to. It now shares the same seats with the Clubsport R8, Maloo R8 and the GTS.

It’s a similar story with features as well. Although the Gen-F is impressively packed with goodies, the Senator, specifically, doesn’t distinguish itself over the other models as well as it used to. If you take a look at the spec sheet it almost matches the $74k Clubsport R8 word-for-word.

On the outside, it does carry on tradition and showcases an understated look. There’s a reasonably thick bodykit with a sleek lip spoiler gliding off from the boot lid. Instead of the perhaps more fashionable black highlights seen on the Clubsport, the Senator gets flashier chrome details, while the 20-inch forged wheels give off a cool dark stainless look.

All of the trim and major fixtures seem to have a robust feel about them, with a tight fit and finish and no major squeaks or rattles from the cabin. Most of the materials used inside are top quality as well. We like the soft Alcantara patches on the dash and door trims, and the sections on the seats that help grip you in. Overall, it’s a great place to enjoy a spirited drive or a Saturday night cruise. You and up to four other passengers will feel pampered in vast comfort and space.

In the dash sits a comprehensive touch-screen interface, should any of your passengers fall victim to boredom. It offers all modern functions, such as sat-nav and interactive media apps, and it’s also got HSV’s latest EDI menus which can display real-time engine power output, track lap times, and the status of the bi-modal exhaust and intake. 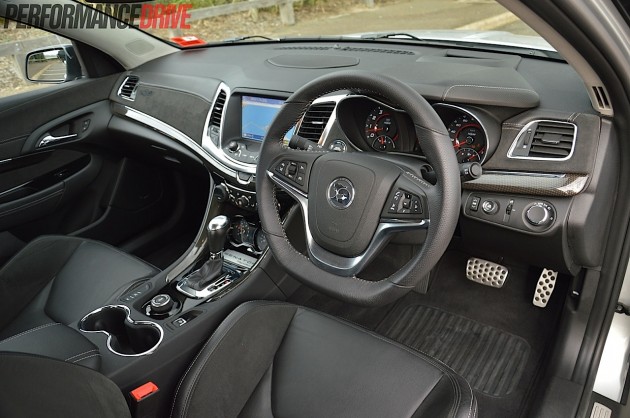 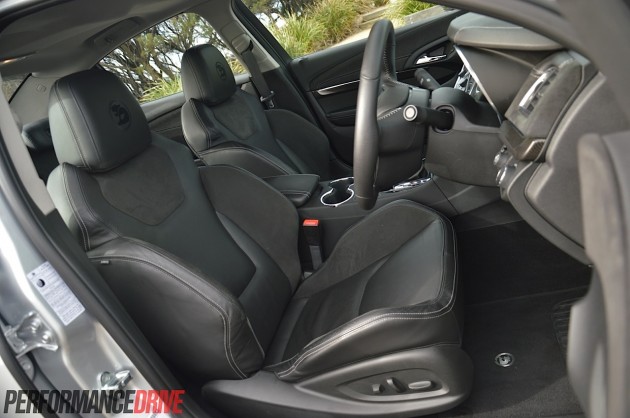 Depress the throttle firmly into the carpet straight off the line and you’ll be struck by relentless traction and tremendous forward thrust. This is your first encounter with the Senator’s outstanding grip and well-sorted underpinnings. It’s incredible. Modern HSVs are easily the best handlers in this segment, and it’s all down to the suspension and dynamic balance. Not to mention the 255mm Continental ContiSportContact tyres, of course.

Through the bends the Senator Signature is a master of handling, just like its Gen-F brothers. It’s solid, dedicated and flat. There’s no bodyroll and very little understeer.

Oversteer is available in sizeable portions if that’s your thing. But be ready to deal with some unavoidable ‘tank-slap’ fishtailing when returning to centre if you leave the power down. It’s here where you’ll call for a tighter limited-slip differential.

Toggling through the Driver Mode settings can be fun, and in Performance mode the electronics allow some slip and drifting play time. In this mode the suspension immediately becomes firmer, almost too firm for everyday use. This is great for pure driving enthusiasts and those who regularly attend track days.

In a straight line the engine pulls with the noise and ambition of a lion bolting towards its prey. It doesn’t matter if you’re hauling up a hill or if you’re carrying a full car load – or both – the 340kW LS3 behaves just the same. It dishes out huge lumps of organ-wrenching torque throughout the rev range. We timed 0-100km/h in 4.8 seconds, which is a cracking time for a car that starts life on the same assembly line as a taxi. 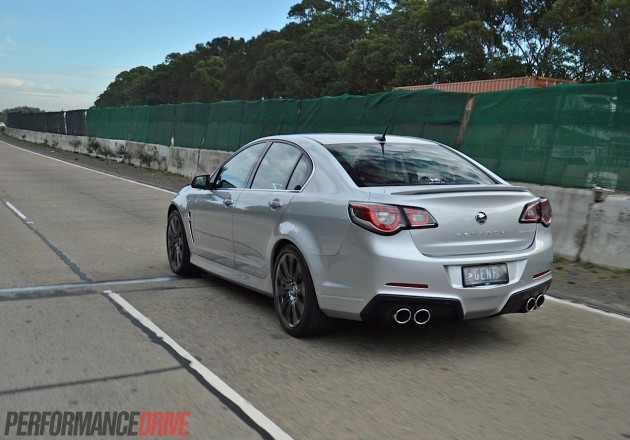 One of the main areas of the drivetrain where Holden and HSV are behind the game is in auto transmission technology. The six-speed auto in this is old and disappointing. All GEN-F HSVs use GM’s US-built 6L80E transmission that’s been around since 2005 (except for the 430kW GTS which uses a more heavy-duty 6L90E).

We’re sure it’s strong, and it certainly feels meaty. But it slurs up through the gears lazily compared with today’s modern dual-clutch units and trick sport autos. Downchanges are accompanied by a nice little blip of the throttle, but from there it operates much like the auto in a mundane hatchback that your mother drives. Some paddle-shifters would be a great addition to liven it up.

General Motors developed the transmission in an effort to improve fuel economy for its V8 models. As a result, the gear spacing is very wide. First gear can stretch over 60km/h, second winds right out over 100km/h, and in sixth gear you only require a couple of thousand revs from engine to be doing the national speed limit. This is perfect for fuel economy. For a high-performance V8 sports sedan? We don’t think it lives up to the exciting tempo of the Chevrolet V8 that lives under the bonnet.

In terms of the driveline characteristics the drive isn’t snappy or particularly responsive. With the gears being so far apart you end up leaving it in second for most enjoyable stints. And then when you finally have no choice but to upchange, third is heaved into place just as you’re ready to jump back onto the brakes and dive into the next corner. It’s perfectly fine in everyday conditions but it misses the mark in regards to performance and refinement.

When it comes time to stop, these excellent brakes help to boost that reassuring handling and acceleration confidence. The AP Racing items are a much-improved evolution from the units used on the old E Series 3. They bite hard and strong and withstand repeated punishment without fade.

If we could change any aspect of the drive it’d be the transmission. With a more modern unit we think this could be transformed into a true world-revered performance sedan, and an extremely quick one at that. 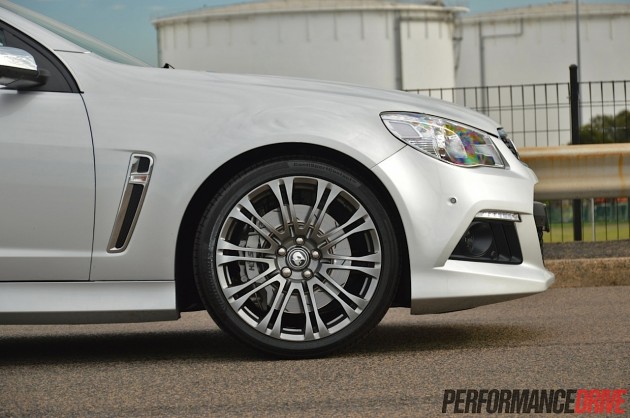 It may be very similar to the Clubsport R8, however, by the time you add up the comprehensive adaptive suspension setup, the 340kW engine tune – normally a $4995 option – and the heated seats, that $10,000 price difference starts to turn into a bit of a bargain deal.

Should you buy a HSV Senator Signature? If you want an Aussie V8 performance sedan that’s not wearing fluoro boardshorts and sunnies bigger than its face, like some of the other sub-$100k offerings, and if you want something that out-handles the class, the Senator is the only way to go. It’s a sharp-dressed man with a strong heart and the energy of a Nutri-Grain ambassador.

It’s going to be one of the last, sadly. If you’re thinking about it, now is a good time to make a move. Who knows, it might be worth a pretty penny in years to come.

CONS:
– Auto transmission; slow to upchange, long gears
– Same interior as the rest of the HSV range
– Bi-modal exhaust can’t be opened on demand
– Not as luxurious as it used to be 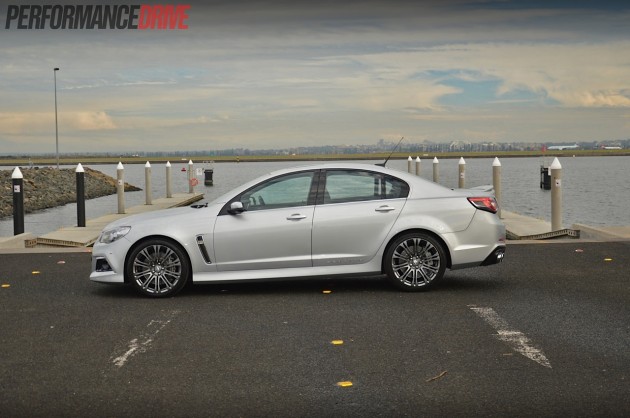