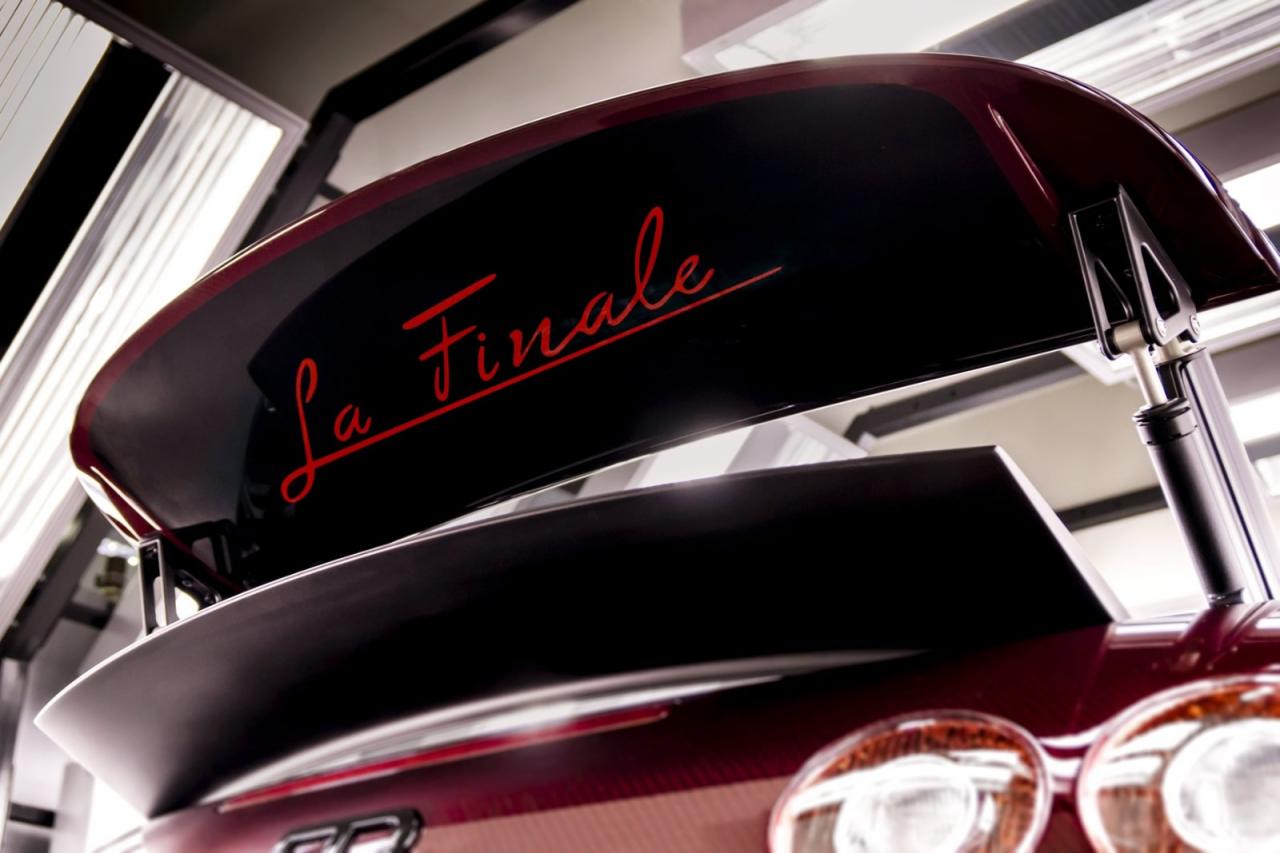 The last ever Bugatti Veyron has finally been sold. It’s based on the Veyron Grand Sport Vitesse, called, rather fittingly, the La Finale. It will make its proper public debut at the Geneva show next month. 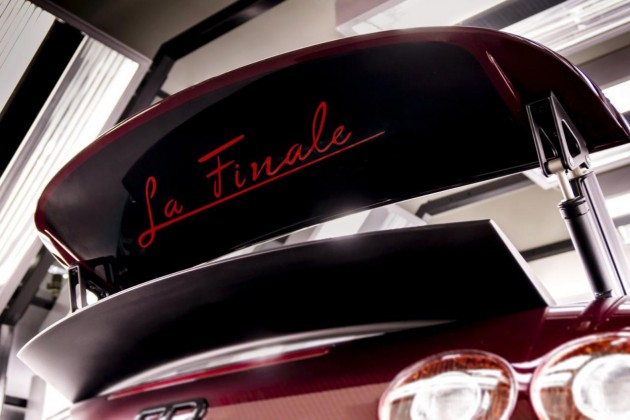 So far the French, Volkswagen-owned company has only released this teaser image. Judging by the underside of the rear wing, the words ‘La Finale’ are likely to be featured on various spots of the car to signify its… significance.

The last edition has been waiting to be bought for a while now. Bugatti introduced six very special Legend editions recently, paying tribute to key figures within Bugatti.

This last edition is a one-off model which has been bought by an enthusiast in the Middle East. It’s expected to feature the same 8.0-litre quad-turbo W16 engine as the other Grand Sport Vitesse editions, producing that insane 882kW (1200PS) output.

For fans, it is said to see such an epic vehicle go out of production. Bugatti sold 450 examples since it debuted back in 2005. It has set so many records along the way, including holding the land speed record for a production car on three separate occasions. And even this Grand Sport Vitesse is a record-holder. It’s the fastest convertible production car ever made with a top speed of 408.8km/h.

There is some good news though. Bugatti is apparently working on a successor. According to reports and rumours, the new model will be a hybrid of some form, generating even more power than ever and it is expected to go even faster than ever. A preview is tipped to take place within a year or so. 1500hp?