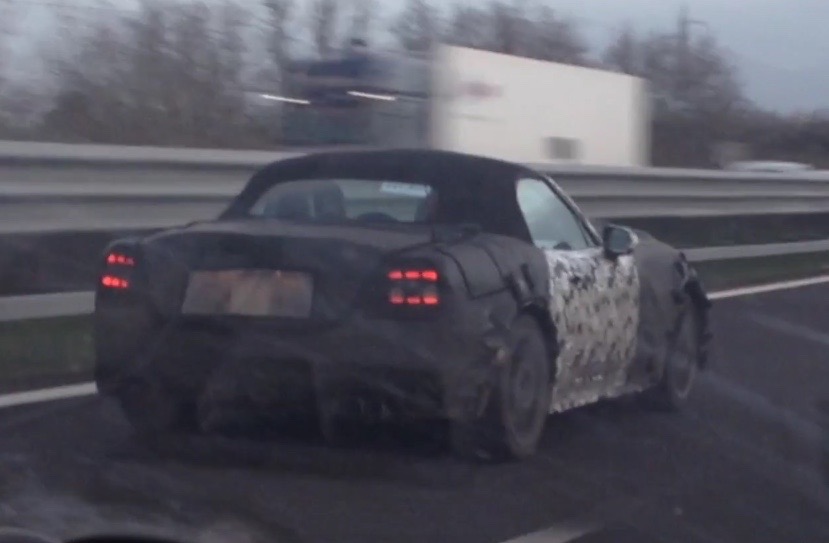 Fiat has been spotted test driving a prototype version of the highly-anticipated Abarth Fiat 124 Spider out on public roads in Italy. 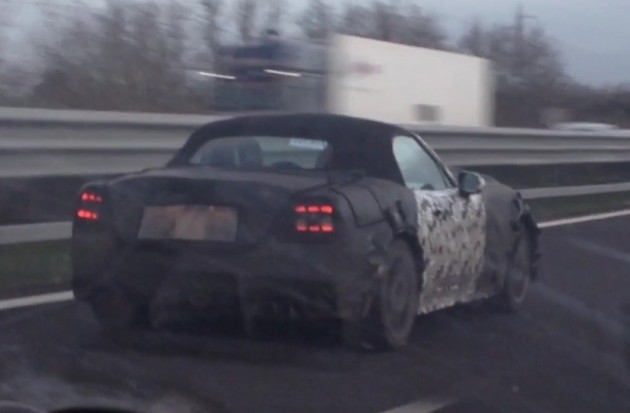 We all knew it was coming at some stage, but now we get to see, in the metal, some clear confirmation Fiat is developing a hotted up version of its new 124 Spider.

Seen here in highly-camouflaged prototype form, there are some definite clues this isn’t your ordinary 124. There are four exhaust outlets at the back for starters; usually a telltale sign of something serious under the bonnet.

Speaking of which, there appears to be some sort of covering on the bonnet, possibly concealing a bulge or intake vent of some kind. The extent of the hardware that sits underneath is what will be most exciting. 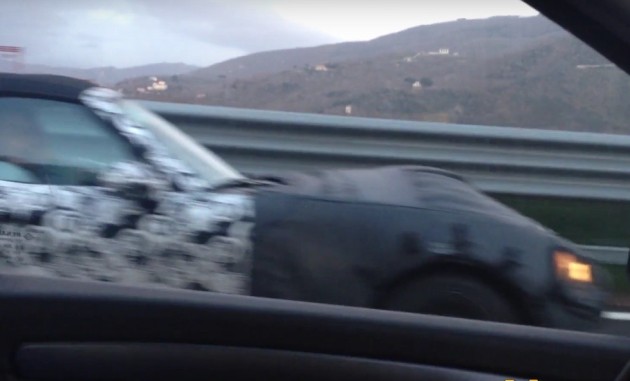 You see, being an Abarth model means it is likely to come with one of Fiat’s heavily boosted 1.4-litre units – the standard 124 gets one, producing 119kW. However, output could top out at as much as 140kW.

On the other hand, being a Fiat means it also has access to a wide range of Fiat-Chrysler units. It might go with a tuned version of the 2.4-litre naturally aspirated ‘Tigershark’ engine that generates 129kW in vehicles like the new Jeep Renegade. This could be a nice naturally aspirated, higher-revving option for the performance 124.

Whatever engine it goes for, the Abarth 124 will come with dedicated sports suspension, lowered, as seen on this prototype, along with bespoke alloy wheels, bigger brakes, and unique body and interior trimmings compared with the regular 124.

A full debut is predicted to take place late this year or early in 2017, with market entry not likely until later in 2017. Click play below for a quick preview.