A strange and stripped back Porsche 918 Spyder prototype has been spotted undergoing testing at the Nardo test facility in Italy recently. The car is still being developed, obviously, but is set to go on sale in 2013. 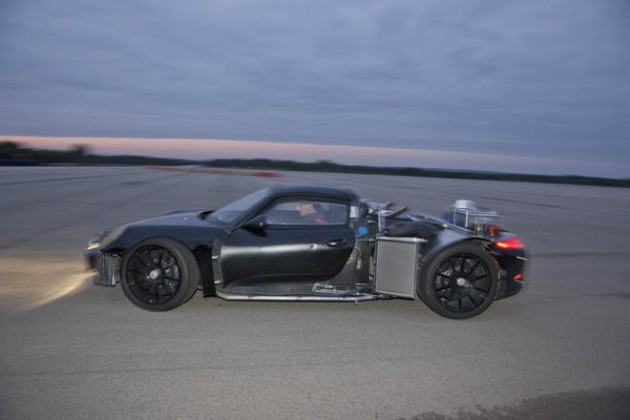 Featuring only some bodywork, this Porsche 918 Spyder prototype is being tested under moderate conditions at speeds up to around 130km/h. Power is said to be capped off at 300kW for this testing.

For the finished product, power is set to come from a 4.6-litre V8 engine producing 425kW. The engine will be supported by a hybrid system, consisting of two electric motors, providing an additional 150kW. With a total of around 575kW on tap, it’s set to be the world’s first hybrid with proper supercar levels of performance.

Acceleration from 0-100km/h is expected to take under 3.0 seconds, while a ‘hot lap’ mode could be implemented by Porsche, offering a boost in torque for designated track laps. 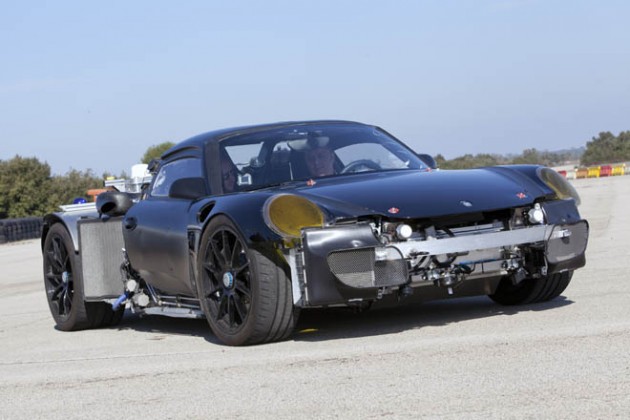 A target for total weight for the new model has apparently been set to no more than 1680kg. If this is the case, we could have a supercar which offers a power-to-weight ratio just shy of the Bugatti Veyron’s effort; 2.5kg/kW versus 2.9kg/kW of the Porsche.

It will be interesting to watch this project unfold over the next 12 months, as it will be one of Porsche’s most important new models, showcasing advanced technologies. We’ll certainly keep you updated on all the progress.