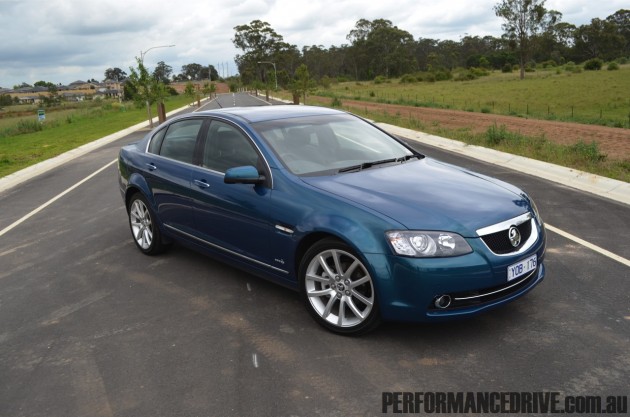 Running on E85 leaves behind a lighter carbon footprint, and has the potential to increase horsepower due to its cooler intake charge, and due to its potentially higher octane rating. Not only is the 2012 Commodore E85 compatible though, most of the range is now more fuel efficient, exhausting out less emissions.

So does the Calais still go like a startled mountain goat? You can bet your left leg it does.

Jumping to the conclusion that you need the V8 option to feel any sort of performance is understandable, but not necessarily true. The 3.6-litre V6 producing 210kW certainly isn’t shy. In fact, it’s 60kW more powerful than the old and very popular VL Calais Turbo icon, which in its day was quite a lot of power.

For all the details on how it goes, and what the new model comes with, stay tuned for our full 2012 Holden Calais V Series II review.