Holden has pulled the wraps off the all-new Holden Colorado 7 SUV at the 2012 Australian International Motor Show. The large 4×4 is based on the Colorado ute, using similarly heavy duty underpinnings while also offering seven-seat accommodation. 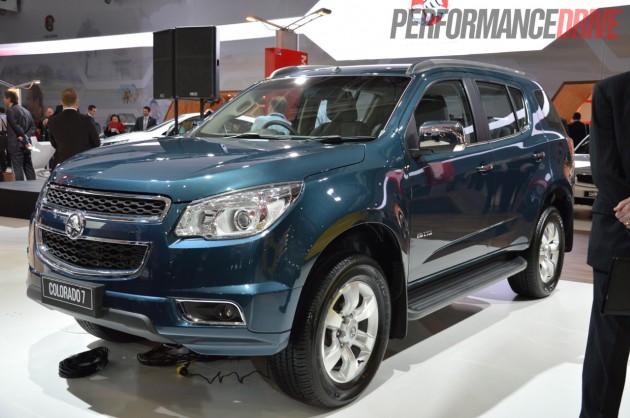 Although the Colorado 7 is based on the ute, the chassis has been re-engineered for increased passenger comfort. Changes include a five-link live axle rear suspension layout with coil springs front and rear.

The robust unit is matched up to a six-speed automatic transmission that sends power to a part-time four-wheel drive system incorporating a limited-slip differential at the rear. 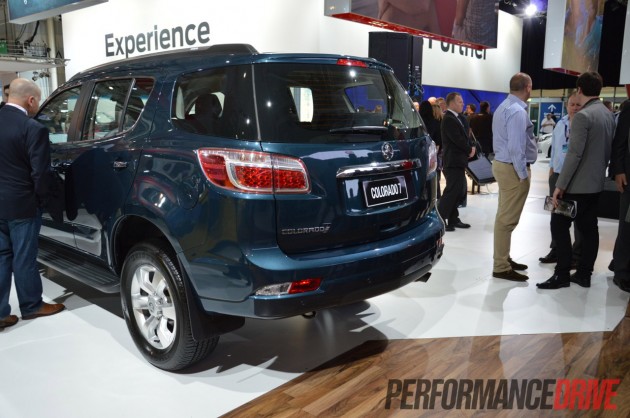 To further bolster its off-road character, it also comes with high a low ratio gears. Holden will launch the new SUV in December with this single engine option.

Inside, the 7 comes with seven seats, obviously, and a huge 1830 litres of cargo space when the rear seats are folded down.

John Elsworth, Holden executive director sales, marketing and aftersales, said the Colorado 7 will be the first of two new SUVs the company will launch.

“The SUV market is booming right now, and the Colorado 7 gives us another solid opportunity to tap into this fast-growing area of the market.

“Colorado 7 is the first true heavy duty off-roader to wear a Holden badge in around 10 years and matches the Colorado for genuine buyer appeal, bold design and advanced diesel engine technology.

Prices will be announced closer to its launch in December.