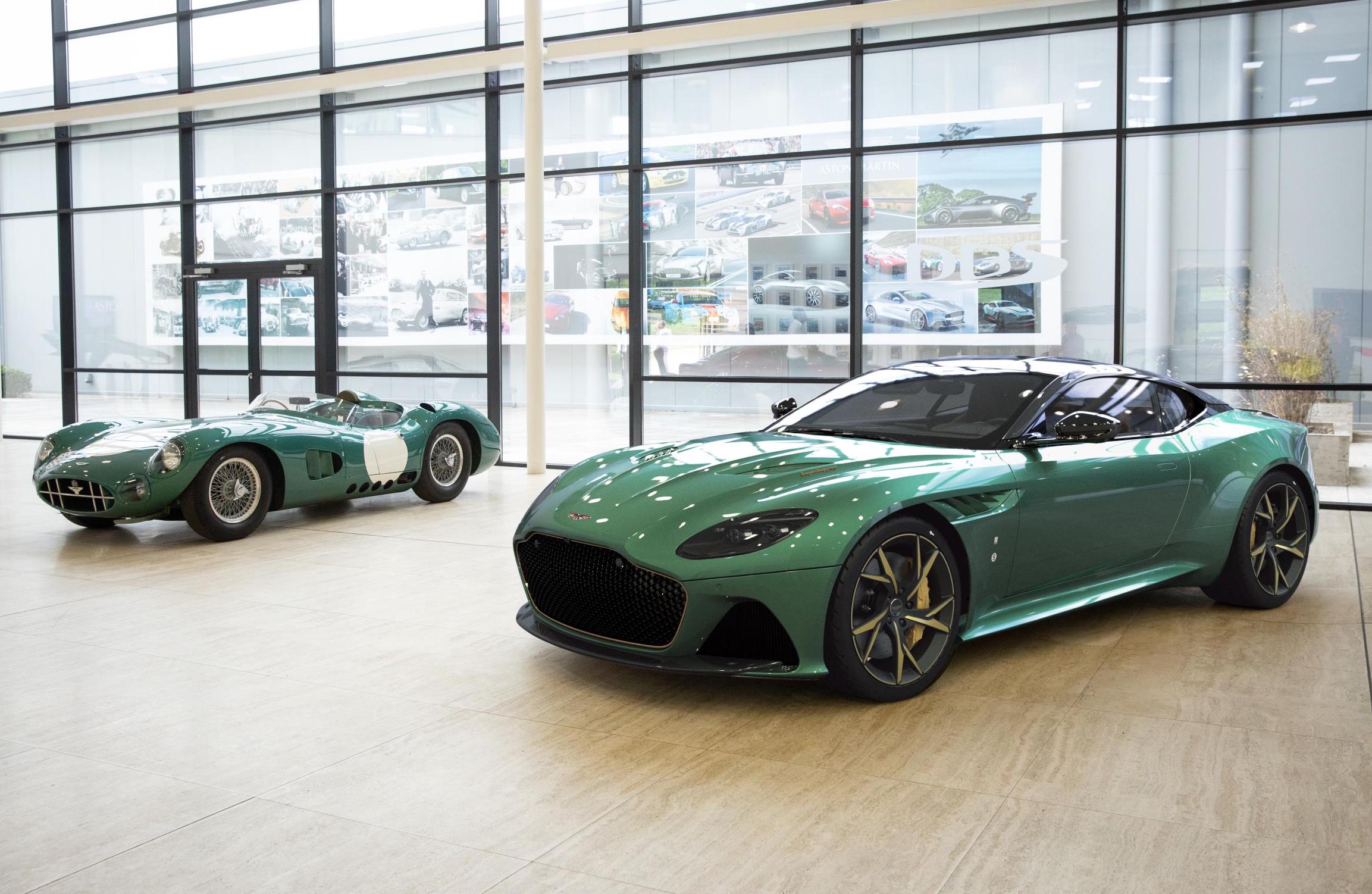 Bond, your new vehicle has arrived. Welcome to the Aston Martin DBS 59, from Q by Aston Martin. It’s the latest special edition to hit the showroom, and it is as gorgeous as you’d ever expect. 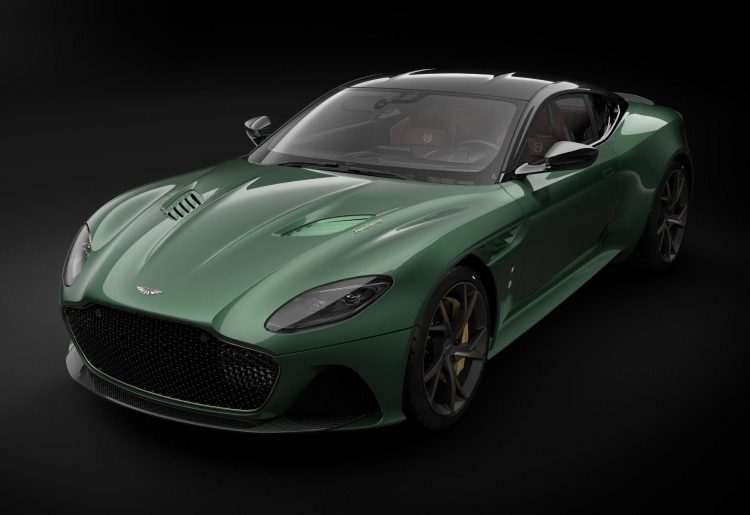 The special edition was conjured up to celebrate the DBR1’s victory at the 1959 24 Hours of Le Mans. As you might have guessed, production is limited, to 24 units. Each version will come with a special white roundel near the side strakes, with the build number displayed.

For the DBS 59, Q by Aston Martin, the division responsible for personalisation options, has coated the coupe in the classic Aston Martin Racing Green paint. This is contrasted with plenty of gloss carbon fibre trimmings, including the roof and pillars, and bonnet vents. 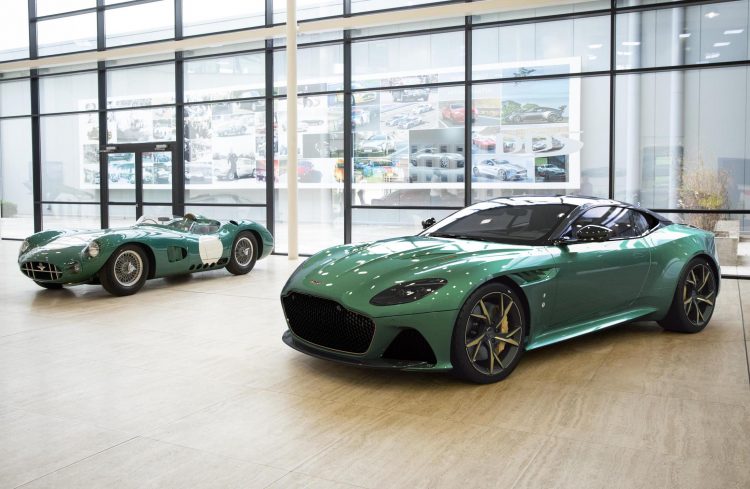 Inside, you’ll find a traditional combination of Obsidian Black and Chestnut Tan leather, with fabric inspired by the DBR1 for the seat backs. There’s also bronze highlights throughout the interior and exterior, and some Saddle Leather helmet pods in the rear of the cabin for the unique ‘DBS 59’ helmets, race suits and gloves. Aston Martin vice president and chief marketing officer, Simon Sproule, said:

“When Aston Martin Cambridge expressed a desire to create a limited run of DBS Superleggeras inspired by the DBR1’s famous Le Mans victory we knew it had to be something special. The soft metallic hue of the Aston Martin Racing Green paintwork is classy and timelessly beautiful; the level of thought and detailing is exceptional.” 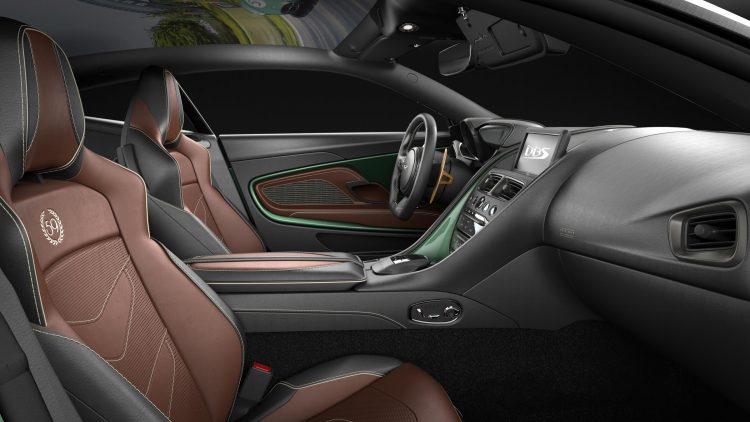 As mentioned just above, the special edition is commissioned by Aston Martin Cambridge, and follows the success of last year’s Vanquish S Red Arrows Edition. Just 24 are up for grabs, and they are available to order now.