When it comes to MPVs, there isn’t really anything noticeably exciting on the market. But when a company announces a new model and calls it the most powerful in Australia, things become a bit more interesting. Meet the new 2012 Dodge Journey R/T and SXT, now on sale in Australia. 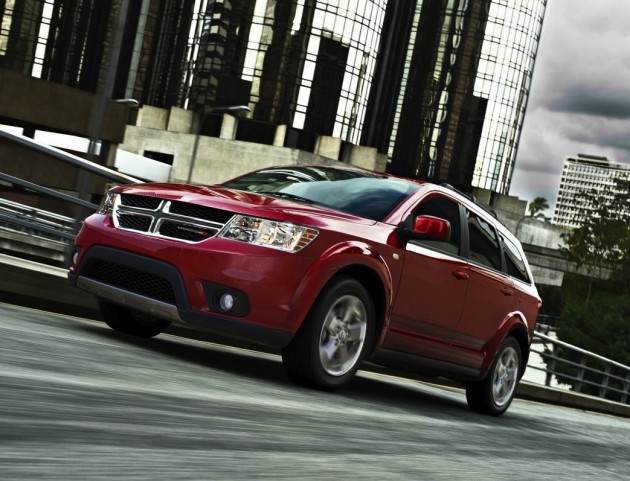 Along with a new 3.6-litre Pentastar V6 engine, the 2012 Dodge Journey R/T and SXT also comes with updated styling for a more muscular look. It features a new front grille and fascia layout, a slightly revised rear end with LED taillights, and 19-inch alloy wheels.

Inside, the new Journey gets $3000 in added extras over the previous model, with satellite navigation on a 8.4-inch display, a rear-view camera, a nine-inch overhead screen for second-row passengers, leather seats, and a six-speaker sound system with subwoofer and a 368-Watt amplifier.

Chrysler’s new Pentastar engine has received praise in the US, powering various models such as the new Jeep Wrangler. Power is up from 136kW of the old 2.7-litre V6, to 206kW, while torque is also boosted considerably, from 256Nm to 342Nm. Acceleration from 0-100km/h hasn’t been mentioned.

The engine offers plenty of performance while also passing Euro V emissions regulations. Fuel consumption has been rated at 14.8L/100km, dropping from 15.0L/100km from the previous 2.7-litre. This is partly thanks to a new six-speed automatic transmission which is standard across the board.