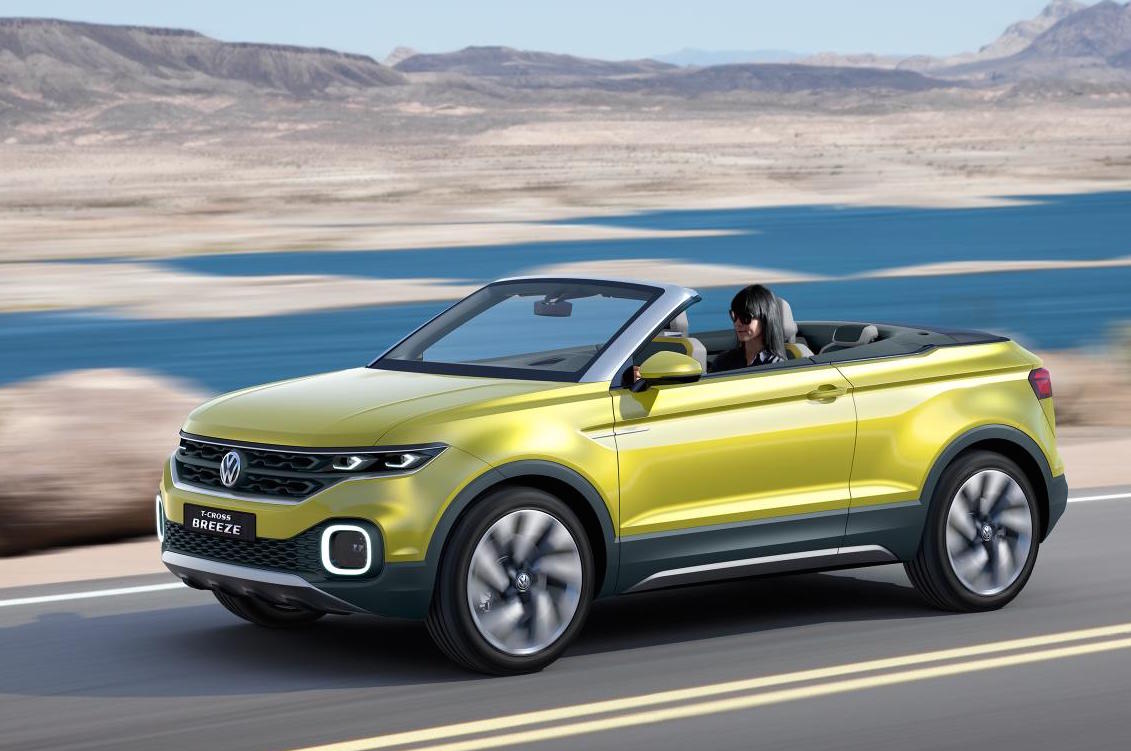 Volkswagen is testing the public’s reaction on a potential drop-top compact SUV, with the unveiling of the T-Cross Breeze concept at the Geneva Motor Show. 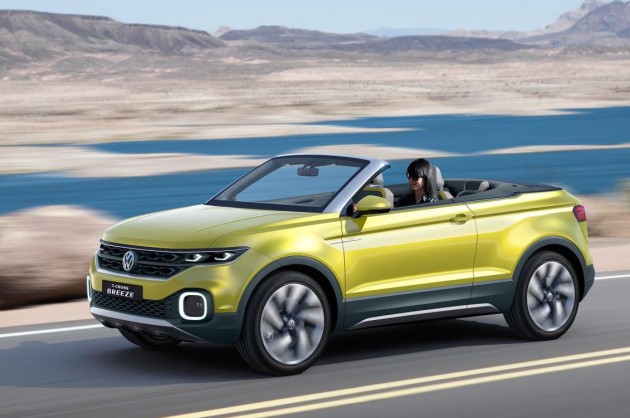 A trend more recently reignited by the Range Rover Evoque Convertible, the Volkswagen T-Cross could give us a first look at an all-new VW SUV of the future.

The micro machine is small. In fact, it’s based on the Polo hatch. It measures 4133mm in length, making it slightly longer than the CrossPolo designed for developing markets. Width is “significantly up on existing cars in the Polo class”, Volkswagen says.

In terms of the styling, it’s a modern take on VW’s latest design language which was first kicked off by the new Tiguan. It features a creative assortment of shapes and tones, clean and clear-cut panel lines, and a dropping front grille with square fog light clusters. There’s also a wide front grille and slimline LED headlights.

Will it go into production? That’s a question that hasn’t really been answered, but all the clues suggest it could if there is enough demand for it. Dr Herbert Diess, chairman of the board of management at Volkswagen Brand, said:

“At the moment the T-Cross Breeze is purely a concept, but we can well imagine putting such a convertible on the market as a production model. An affordable fun car that is also entirely suitable for everyday use.”

If it goes into production it will become the first open-top SUV in the class. In concept form it uses a 1.0-litre TSI turbo-petrol engine producing 81kW. It also comes with 19-inch alloy wheels, and a cargo volume of nearly 300 litres.