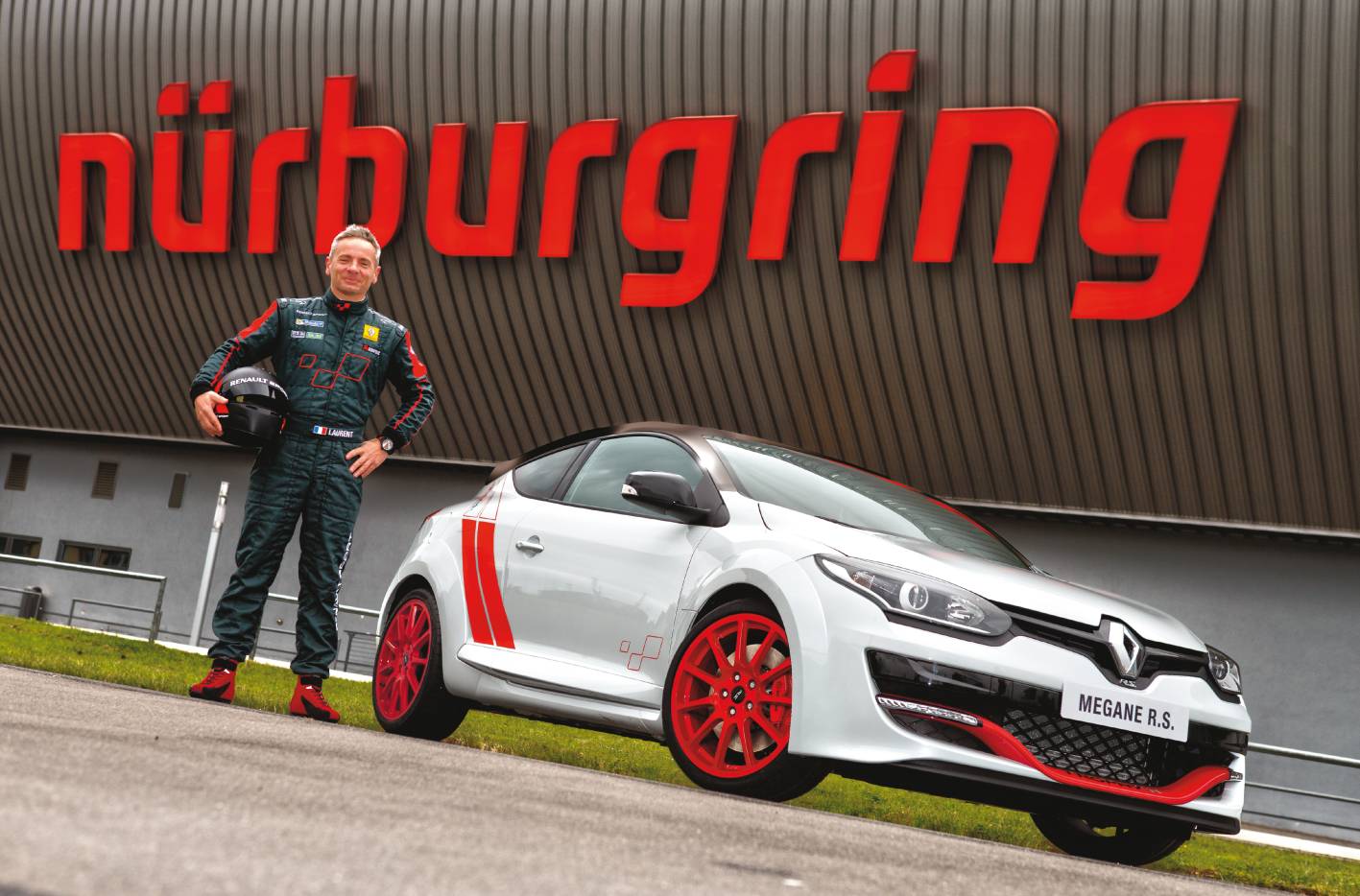 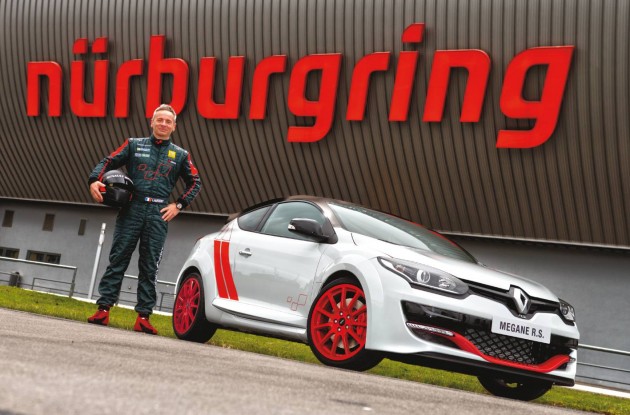 What a nice way to introduce a fresh limited edition model. The Trophy-R is a stripped out, two-seat version of the already-spicy R.S. 275. It comes with bespoke Ohlins Road&Track adjustable suspension, special Michelin Pilot Sport Cup 2 tyres, and an overall weight reduction of around 100kg.

Under the bonnet the 2.0-litre turbo four-cylinder is boosted from its usual 265hp (195kW) output to a meatier 275hp (202kW) rating. The power is channelled through a six-speed manual transmission and into a limited-slip differential at the front axle.

Fortunately, the street legal limited edition will make its way to Australian shores. Just 250 examples will be made, for sale in 15 countries, with 50 heading to local showrooms.

As for the new lap record, the time is about 14 seconds quicker than the old Megane R.S. lap record, and it beats the outgoing record of 7:58 set by the SEAT Cupra 280 earlier this year. Click play below for the lap video.