Aston Martin has released early details and images of its new 2012 Aston Martin V8 Vantage facelift which will debut at the 2012 Geneva Motor Show next month. 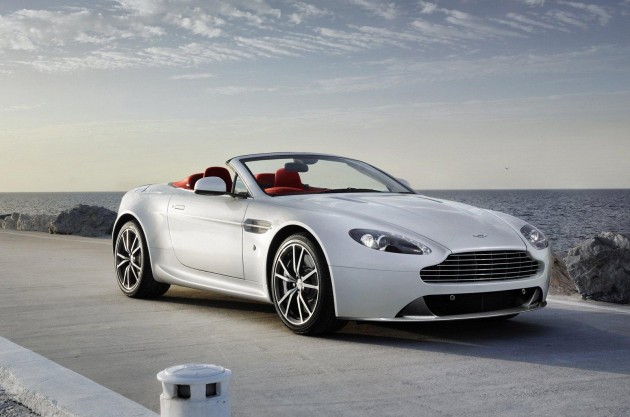 Although only subtle visual revisions, the facelift gets a new front bumper bar with a lower and slightly more aggressive chin spoiler, while new sills update the side profile, then at the rear there’s a new rear diffuser setup.

Mechanical changes have been made to the improve handling, with a quicker steering rack put in place to support sports driving. There’s also wider tyres and bigger brakes to further increase grip and stopping power.

As for the optional transmissions, there’s a six-speed manual on offer and a new Sportshift II semi-automatic seven speed.

Both convertible and coupe versions will launch at the same, with the facelift available to order now in Australia. Deliveries will take place in around June. Prices are as follows, with up to $18,772 (manual coupe) in savings to be had over the previous model (excluding on-road costs):