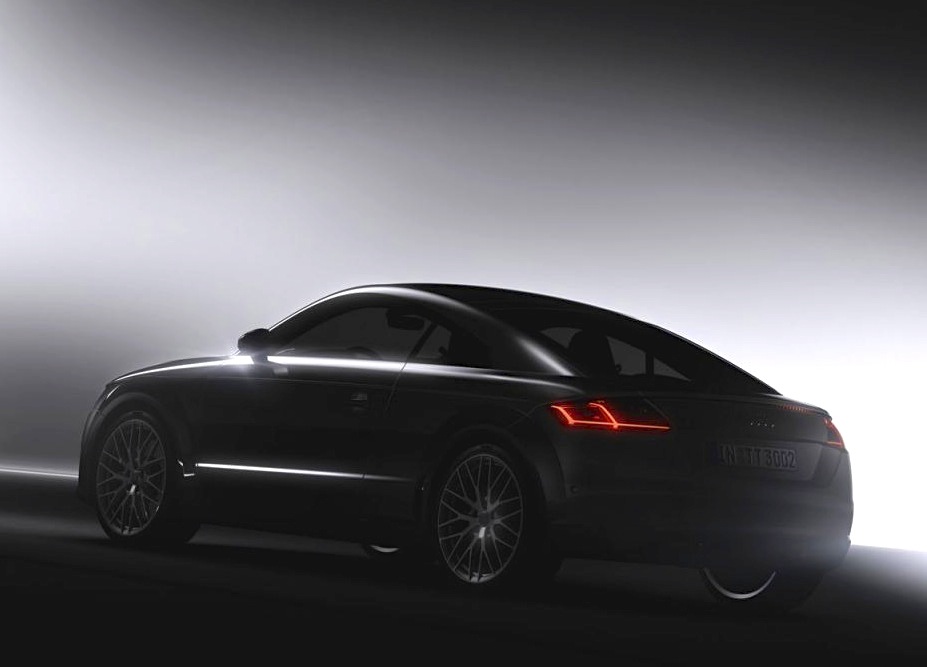 The all-new 2015 Audi TT is getting nearer and nearer to being fully revealed, with the German company releasing another couple of teasers to build anticipation. 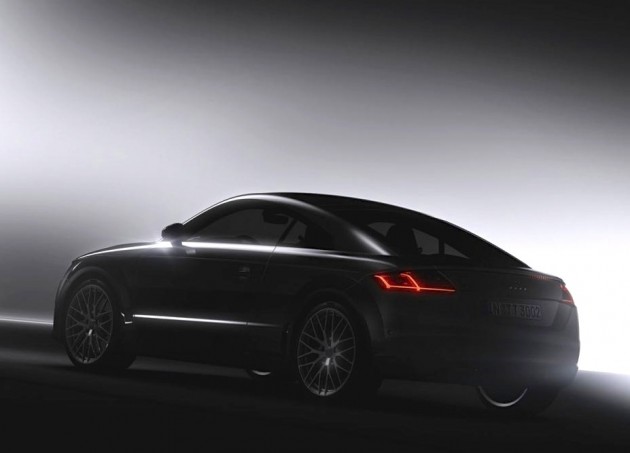 Although the image is not all that revealing you can clearly see the iconic sports model will carry across plenty of similarities with the outgoing version. There’s a curvy rear and a swooping, dome-like cabin glasshouse.

It appears as though it will feature LED taillights and a wide LED brake light strip to give the back end a modern look, while the wheel arches now have little bolstered sections for a more muscular stance.

In the video you get to see some of the front end details, including LED headlights with their own ‘L’ strip of daytime running lights. You can also see those mildly pumped wheel arches.

As previously reported, the new TT will ride on Volkswagen Group’s MQB platform which is also seen underneath the A3 hatch and Mk7 VW Golf. It’s set to be offered in front- and all-wheel drive forms. Engine power across the range will likely increase while fuel economy will be improved.

Click play below for a preview. All will be revealed on March 6.