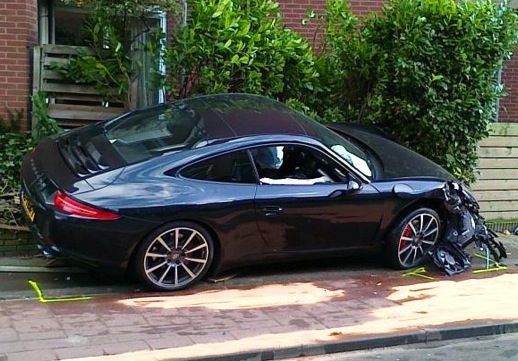 Is this the first ever 2012 991 Porsche 911 crash? After being on sale for only a month or so, a black Carrera example has already been involved in an accident. 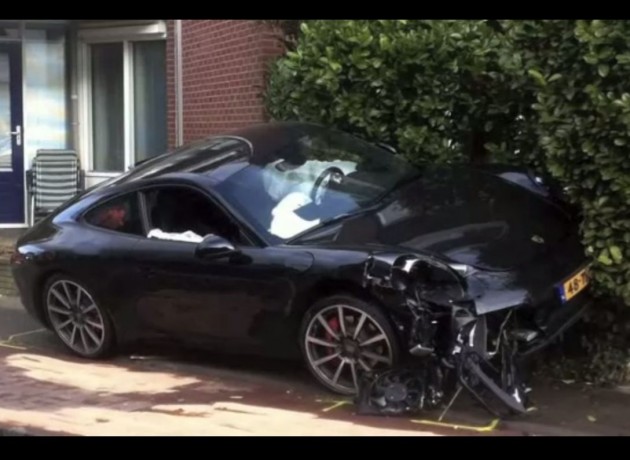 Of course it was bound to happen, but it’s always interesting, and painful, to see such a brand new vehicle all damaged from an impact. And a shame when it’s a fine piece of machinery such as the new 911.

According to reports, the driver, in the Netherlands, was heading down a narrow street when he was greeted with a Volvo V50. With no room to move, the two collided. 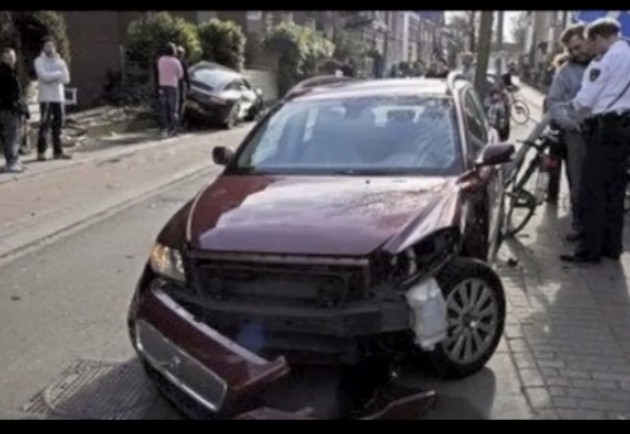 The 911 then mounted the gutter and nudged a small wall, crumpling parts of the front end. No injuries were reported in the bingle.

By the looks of it, the damage is mostly cosmetic. The 911 will likely be repaired and live another day. It’s unknown if speed was a contributing factor.

The new 2012 Porsche 911 Coupe and Convertible is set to go on sale in Australia next month.