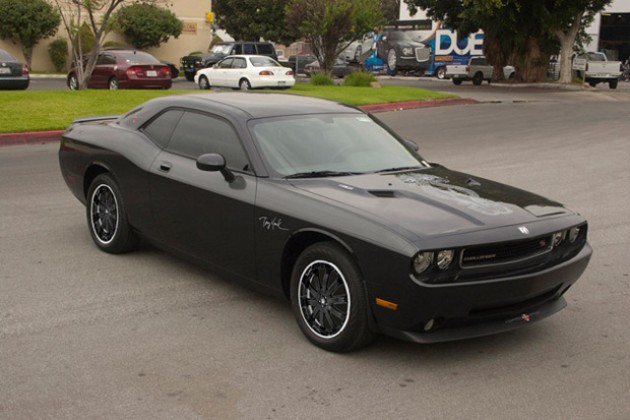 Ace skateboard rider Tony Hawk is selling off some of his personal and quite interesting toys to raise money to build free recreational playgrounds, such as skate parks, for at-risk youths.

The black 2010 Challenger DUB Edition comes with a number of distinguishing highlights inside and out, including 22-inch TIS alloy wheels wrapped in a set of highly rated Pirelli tyres.

Inside is where most of the special features reside. There’s a Savy DVD player with a Rockford Fosgate 200-watt amplifier, supported by a 10-inch subwoofer in the back.

The factory seats are also replaced with special edition items with Tony Hawk embroidered on the headrests, and seven-inch LCD screens mounted on the back of the front seats.

Like the normal Challenger R/T, under the bonnet lies a 5.7-litre Hemi V8 producing 277kW of power and 540Nm of torque when in six-speed automatic form, or 280kW and 548Nm for the six-speed manual transmission version.

This sure-to-be future classic will go up for auction on March 11.

You can find out more information on the car and the auction by heading over to the Tony Hawk eBay charity site.