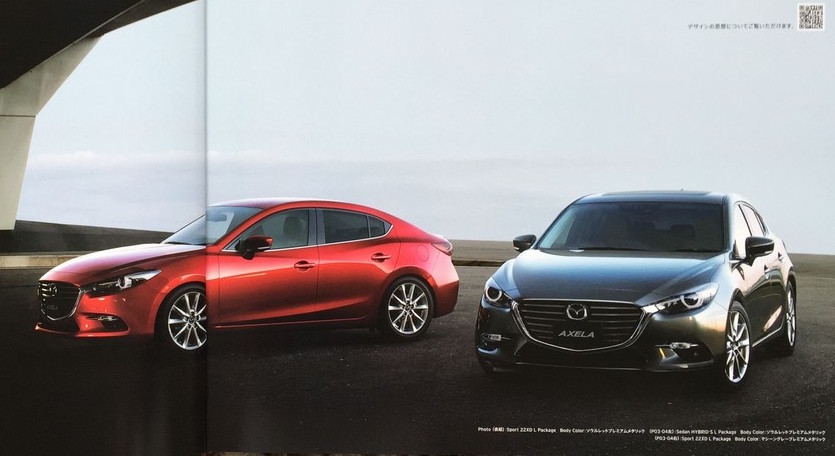 Leaked brochure shots of the 2017 Mazda3 facelift have hit the web, showing the popular run-around before it arrives on the market later this year. 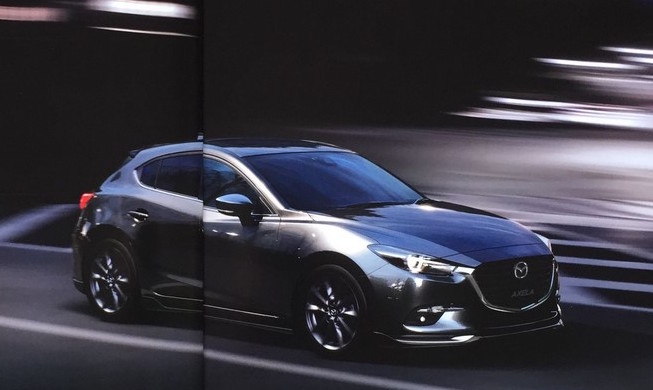 The Mazda3, which is still one of the strongest entrants in the small car segment (marginally behind only Corolla and i30 in Australia), is coming in for its mid-cycle nip/tuck, where it will adopt styling features seen on the new CX-9.

There is a new headlight assembly, with different light clusters and LEDs. The grille adopts a larger, more trapezoidal shape with chrome highlights that coalesce into the headlights.

The lower intakes are now a rhomboid shape with rounded edges, as well as chrome highlights on the lower chin. The result is arguably a more mature, masculine appearance with subtle details. The rear end ostensibly stays the same, but for some subtle lower bumper and reflector light revisions.

One of the biggest changes is set to be the introduction of Mazda’s new ‘G-Vectoring’ technology. The system cuts torque at a precise times during cornering for increased smoothness and comfort. It is set to be the first model to do so in Mazda’s range.

There is also a chance it could receive the CX-9’s 2.5-litre turbo at some stage in the product cycle, but this is just conjecture as MPS models have been talked down in the past. A detuned version of the 170kW unit could be used for the SP25.

The car is slated for a launch later this month, with an Australian on-sale date before the end of the year.