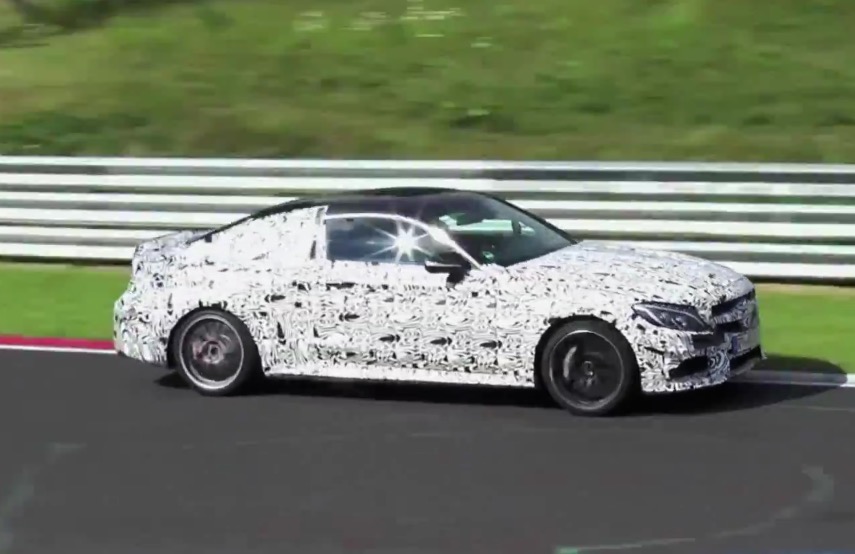 Teaser images from Mercedes-AMG had us guessing last week about the pending arrival of a new model. But now it seems fairly convincing the company is planning to unveil the new C 63 AMG Coupe in the near future. 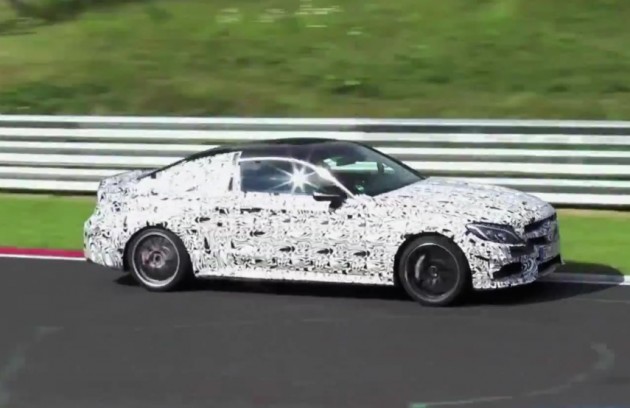 Mercedes has just been spotted test driving a prototype version of the hot new coupe in Germany and out on the Nurburgring. It looks very similar to the prototype teased last week, featuring what look to be identical wheels and sporty front end.

Little is known about the new model at this stage, but it is likely it will get the same 4.0-litre twin-turbo V8 as seen in the C 63 AMG S sedan. In the four-door, output peaks at 350kW and 700Nm. There is a chance AMG could nudge the coupe version up a bit for further distinction. Will it receive the 375kW tune as seen in the AMG GT S sports coupe?

Aside from the engine, this prototype is rather interesting because Mercedes-Benz is yet to unveil the regular 2016 C-Class Coupe. So, we also get a quick look at the basic exterior proportions with this prototype.

If the latest S-Class Coupe is anything to go by, the new two-door C-Class should be a stunning design. You can see an elegant swooping roofline and hatch, with rounded taillights and a high waistline. For the AMG version there’s the obvious bodykit and spoilers, as well as pumped wheel arches (more than C 63 sedan?), and more aggressive grilles and air intakes.

AMG is believed to be planning an official unveiling for the new model at the 2015 Frankfurt Motor Show in September. Mercedes-Benz will probably reveal the regular model simultaneously, or just beforehand. Click play below for a preview.