German tuner Wheelsandmore has come up with a bit of a tuning package for the stunning Lamborghini Aventador. The pack adds alloy wheels and an ECU remap to the already ferocious supercar. 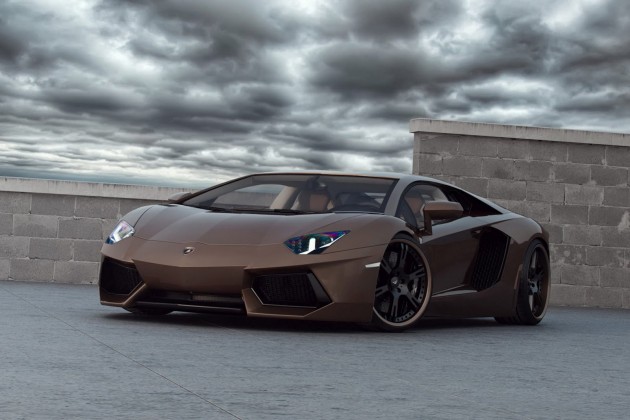 In standard trim, the Lamborghini Aventador is the company’s most powerful road-going model. It features an all-new 6.5-litre V12 engine, producing 515kW of power and 690Nm of torque. Acceleration from 0-100km/h is possible in just 2.9 seconds.

Not that it needs any sort of tuning, Wheelsandmore has come up with an ECU tune which boosts power out to 572kW, while torque is also stretched to 750Nm. There’s been no word on how this affects the Aventador’s potential acceleration, but we’d be guessing 0-100km/h would be possible in well under 3.0 seconds. 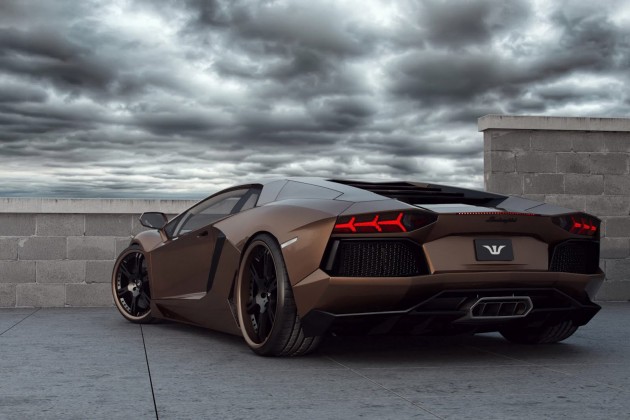 To further amplify the stunning low-profile looks of the big Lambo, Wheelsandmore offers a bespoke set of super-lightweight alloy wheels. These measure 20 inches on the front and 21 inches on the rear. They feature stealthy black spokes and matching body coloured rims.

Overall, you’d have to agree, it looks pretty darn mean. Even in the metallic brown finish.