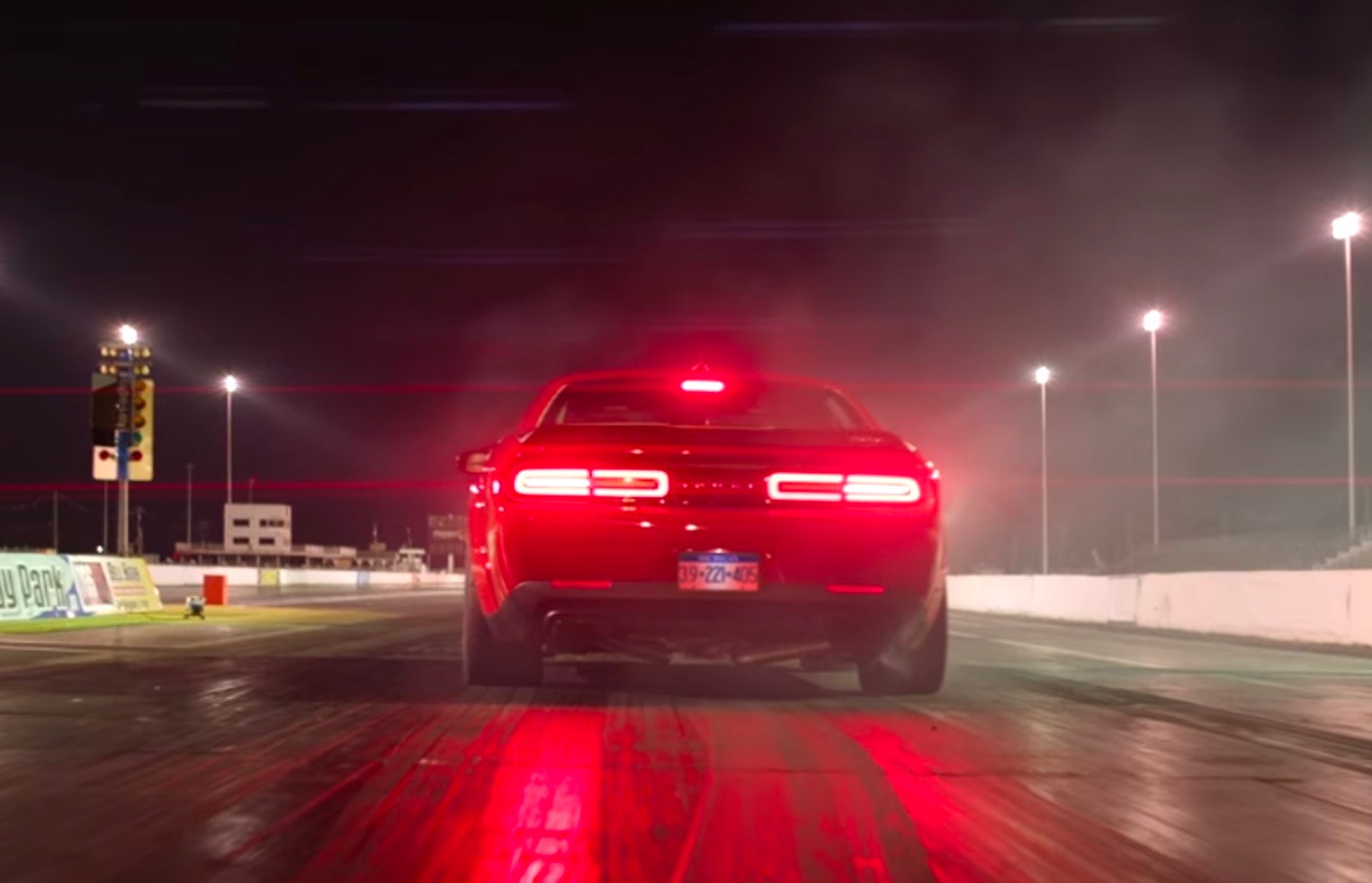 The next teaser for the Dodge Challenger SRT Demon has been released, and this time we get a nice clear preview of the V8’s soundtrack. 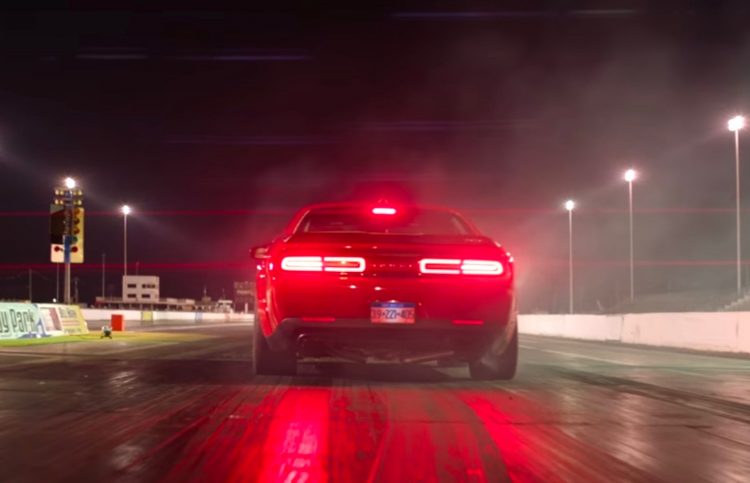 Tilted No Pills, the demonstration run on the drag strip shows the Demon hurtling down the line. Dodge says it’s able to get straight off the line thanks to a new torque reserve system which activates in Launch Mode.

When the engine is above 1000rpm when stationary, a bypass valve is closed on the supercharger, essentially ‘pre-filling’ the supercharger capacity. It also manages fuel flow and spark timing, and even cuts fuel to some cylinders to allow the supercharger to reach maximum pressure at launch. Dodge explains:

No other details are confirmed in the latest teaser, but we do know, so far, the muscle car will be a lighter-weight track machine compared with the Hellcat, featuring a number of bespoke, heavy-duty parts and technologies designed to improve drag strip performance. There has been some hints the car will run a 10.5-second quarter mile run as standard.

All will be revealed at the New York auto show in April. In the meantime take a look below to see this beast nail it off the line, and have a listen to that engine.