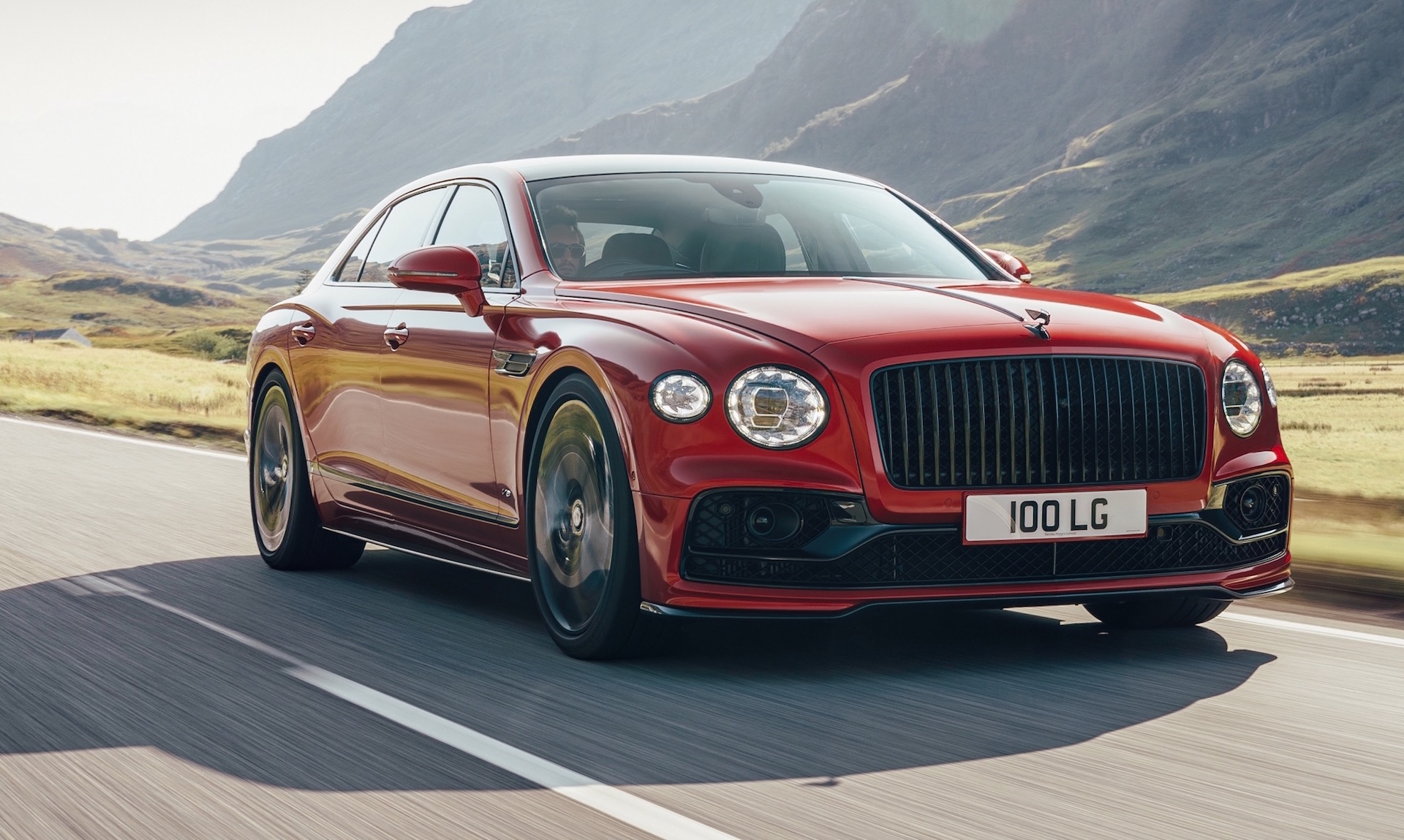 Bentley has announced a less powerful, V8 version of its otherwise W12-powered 2021 Flying Spur flagship sedan. Why? Well, it offers reduced fuel consumption over the existing W12, and emits fewer emissions. It also promises a “characteristic and unmistakable” V8 soundtrack. 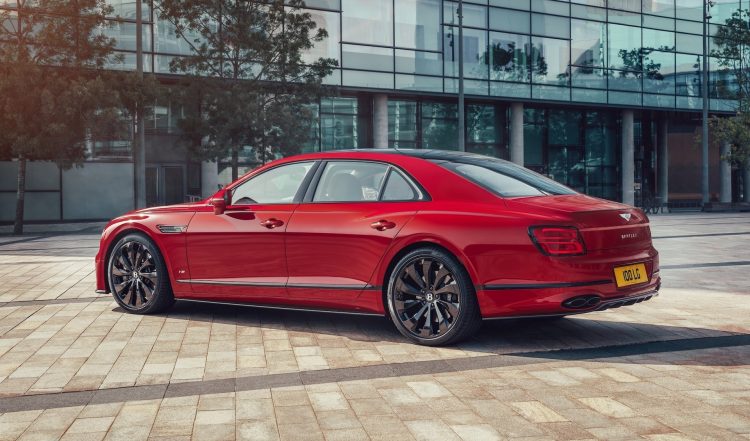 It ain’t no slouch, though. The Flying Spur entry model uses a 4.0-litre twin-turbo V8 that produces 404kW of power and a whopping 770Nm of torque. All of that propels the big sedan from 0-100km/h in just 4.1 seconds, and onto a top speed of 318km/h. Needless to say, it remains as one of the fastest production sedans in the world.

Thanks to various advanced fuel-saving measures, such as cylinder-deactivation which can shut down four cylinders during low loads under 3000rpm, the Flying Spur V8 uses 16 per cent less fuel than the W12 version. This also means the driving range is increased, offering a grand touring potential of over 640km per tank. 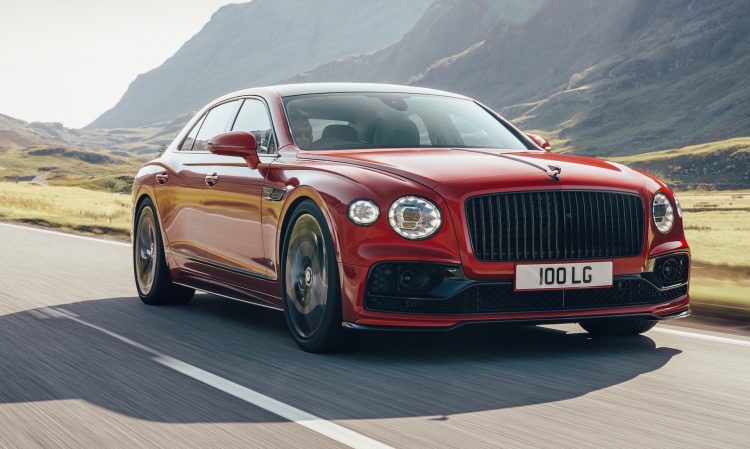 Speaking of driving, the V8 model is around 100kg lighter, which should help to improve overall dynamics. The big sedan also comes with adaptive air suspension, brake-type torque vectoring technology, and buyers can option for the 48V active anti-roll technology and electronic four-wheel steering for added agility. Member of the board for engineering, Dr. Matthias Rabe, said:

“Based on our research, customer feedback and trends of customer usage, the new Flying Spur V8 has been engineered to deliver driver-focused ability, whilst offering passengers the refinement, comfort and technology expected from a grand limousine. The new Flying Spur V8 also includes the latest driver assistance and infotainment systems for enhanced safety, security and relaxation on every journey.”

Passengers can be pampered in a range of optional highlights, including a four-seat cabin layout with two separate rear chairs and a large centre console running through the middle. The console, when optioned, houses a refrigerated bottle cooler capable of chilling drinks thanks to its temperature range of +6 and -6 degrees. There’s also a 5.0-inch touch-screen remote, and power-operated picnic tables available. 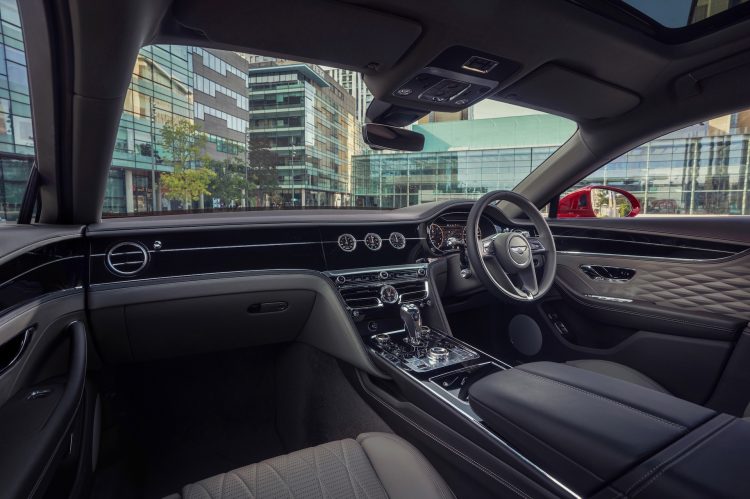 The dash can showcase an industry-first rotating digital display as well. During start-up, the veneer in the middle of the dashboard rotates around to expose a 12.3-inch touch-screen, offering three customisable tiles. The three-position rotating panel can also display a trio of analogue dials, or owners can simply leave the veneer in place for something Bentley calls a “digital detox” layout.

Bentley will begin production of the Flying Spur V8 at its headquarters in Crewe, UK, from later this year. Global deliveries are scheduled to commence during the early stages of 2021.