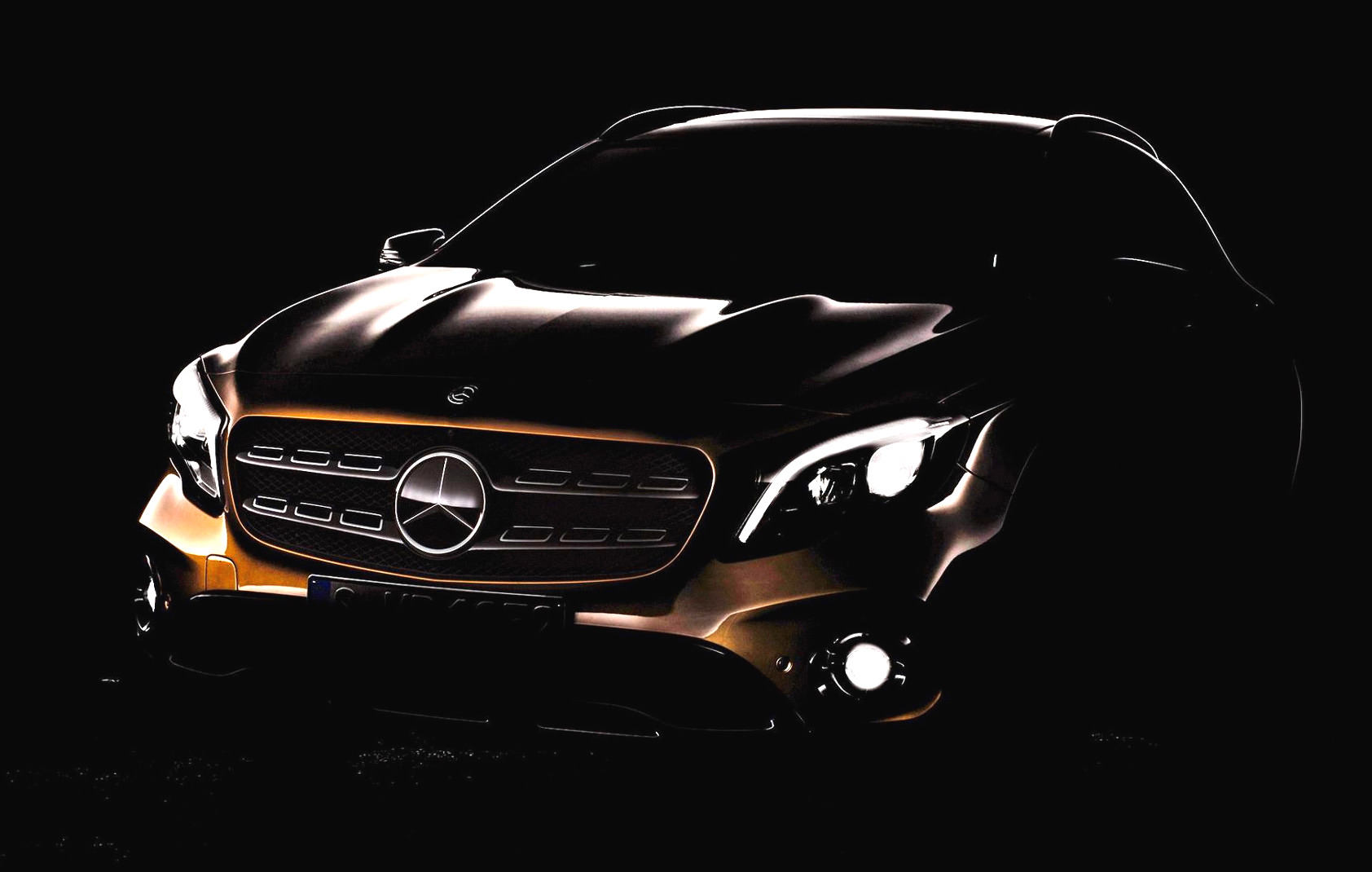 Mercedes-Benz will unveil the facelifted 2017 GLA small SUV later this week, at the Detroit auto show. And to build excitement the company has just released a typical teaser image. 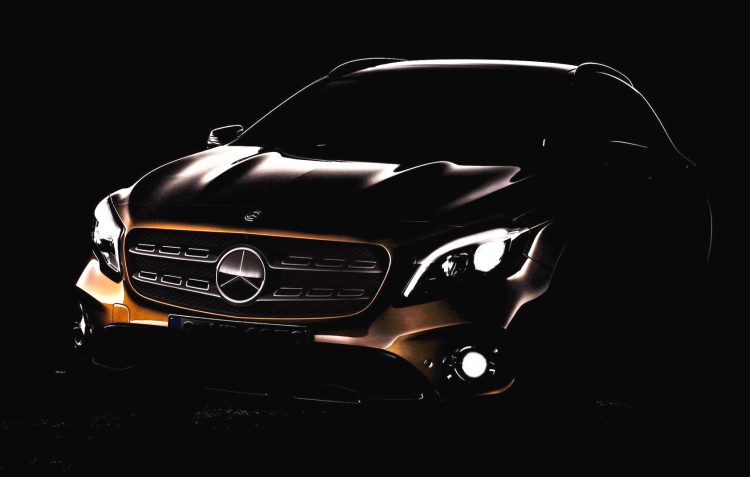 The teaser shot shows the front end in a poorly lit scene, but it does confirm new sharper-edged headlights, a new grille, and revised front bumper bar are in order for the facelift. There’s also some new fog light clusters down below.

We don’t get a view of the rear but it is expected to adopt a similar degree of change, with updated taillights, bumper bar design and minor trimmings. We should probably anticipate updated alloy wheel styles and some door trimming revisions too.

In the cabin the 2017-2018 model is likely to showcase Mercedes’s latest media interface, along with an updated instrument cluster potentially with more digitisation employed. Some more colour and trim options might also be on the cards.

Mercedes hasn’t confirmed any specific details with the teaser, but we’d expect a similar range of powertrain options to carry over from the current range. It will of course be topped with the GLA 45 AMG with its 280kW 2.0-litre turbo.

All will be revealed at the North American International Auto Show, starting January 8.