Words can’t really explain this. It’s a video of an 11-year-old boy who has been given permission to rip some donuts on a grass field in a Audi R8 supercar. The car is worth around $250,000. 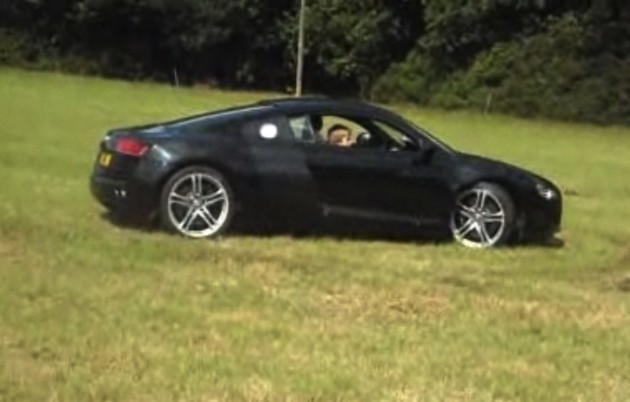 We’re all for teaching young drivers proper techniques and adapting to a safer driving attitudes early on, but if you’re going to let your kid, or someone else’s kid, drive your spanking-new Audi R8, at least tell him to put his seatbelt on. Bad habits can be embedded from an early age.

Nonetheless, it’s always cool to see some four-wheel drive donuts in an Audi R8, even on the grass with an 11-year-old behind the wheel. Click play on the video below to see for yourself, and tell us what you think below. Is it okay to teach young ones how to drive early on? Is the grass the best place to do it?