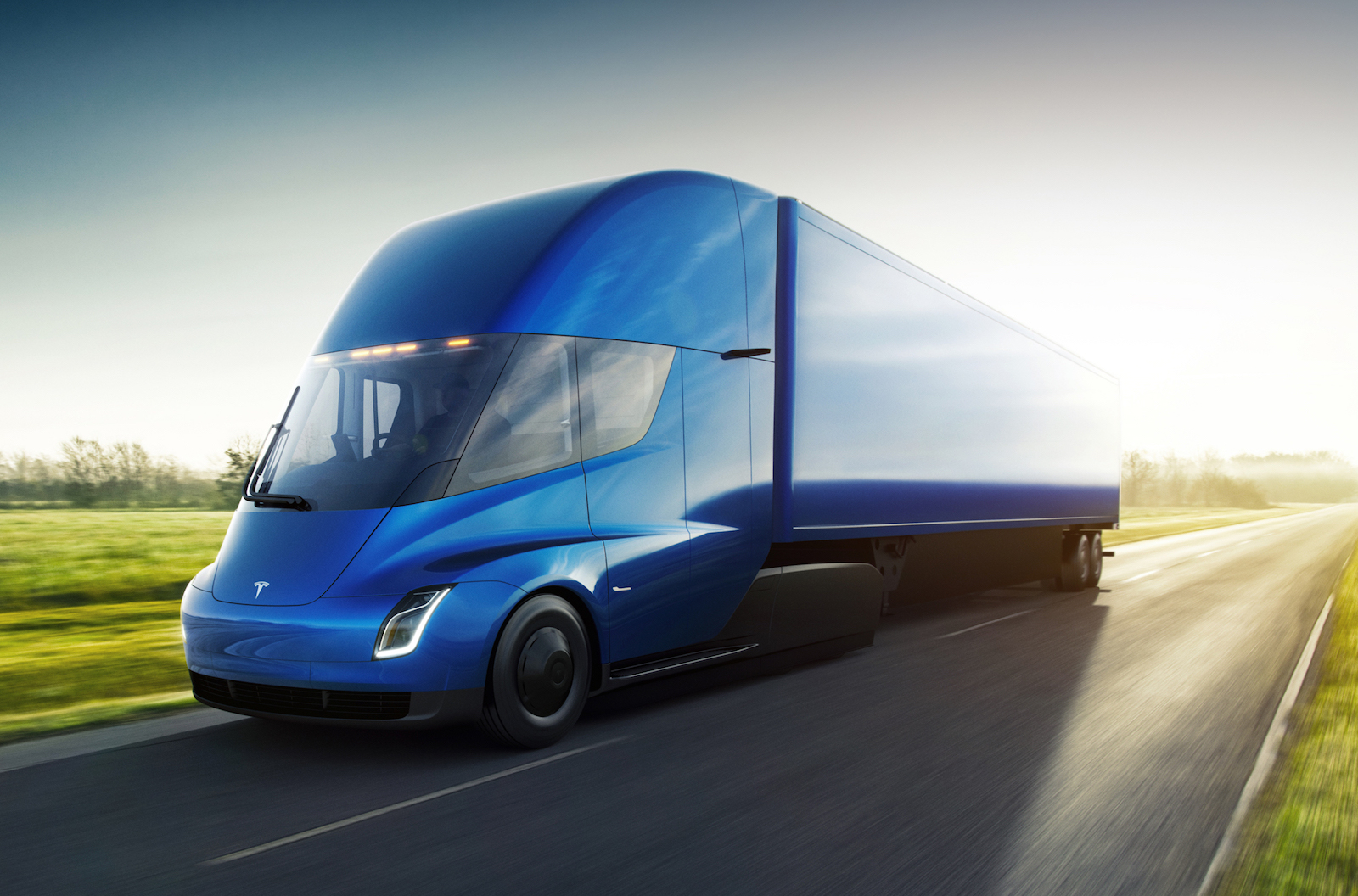 Tesla has unveiled its first-ever truck, creatively named the Tesla Semi. It can achieve a 0-100km/h sprint in around 5.0 seconds without a trailer (0-60mph). Why a truck driver would need to burn off a sports car at the lights is beyond us, but still, very cool and very Tesla. 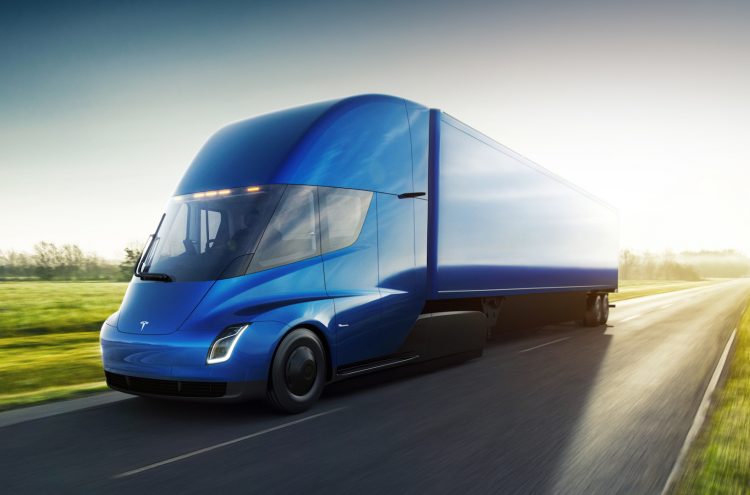 This is a big product for Tesla, and not just in dimensions. The Tesla Semi is looking to completely revolutionise the transport landscape by bringing electric vehicle technology to the world of trucks.

Power comes from electric motors, similar to those in the Model 3 and have apparently been validated to last over one million miles (1.6 million km). Thanks to the enormous torque of electric systems, Tesla says that it can accelerate from 0-60mph (97km/h) in 20 seconds with a full 80,000-pound load.

It can also climb 5 per cent gradients at 65mph (105km/h), saying that an equivalent diesel truck maxes out at 45mph (72km/h) on a 5 per cent grade. As a bonus, the Telsa Semi doens’t require gear shifting or clutch work for smooth operation.

Thanks to Megachargers, which is a new high-speed DC charging system, the Semi can be recharged to provide about 400 miles (644km) in just 30 minutes, or at a full charge the Tesla Semi offers a range of 500 miles (805km) at gross vehicle mass at highway speed.

Interested buyers can place a reservations for the Tesla Semi at US$5000. Production is scheduled to begin in 2019.