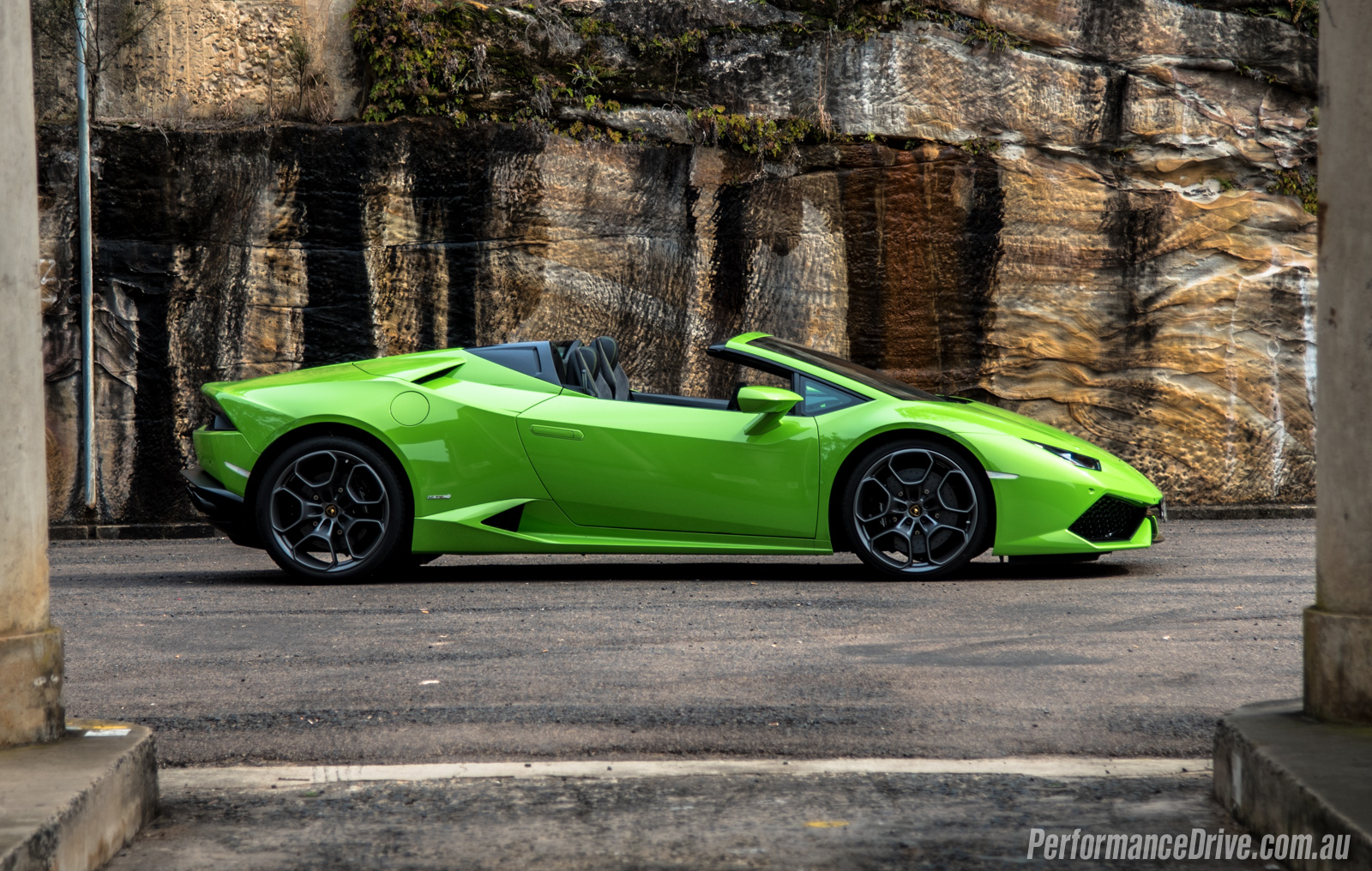 A bright green Lamborghini convertible. It doesn’t get much more conspicuous than this. It’s called the Huracan LP 610-4 Spyder, and what it is, is a beautiful combination mechanical precision-made components that have been overlooked by Germans, with all of the passion and sex appeal of an Italian supermodel. 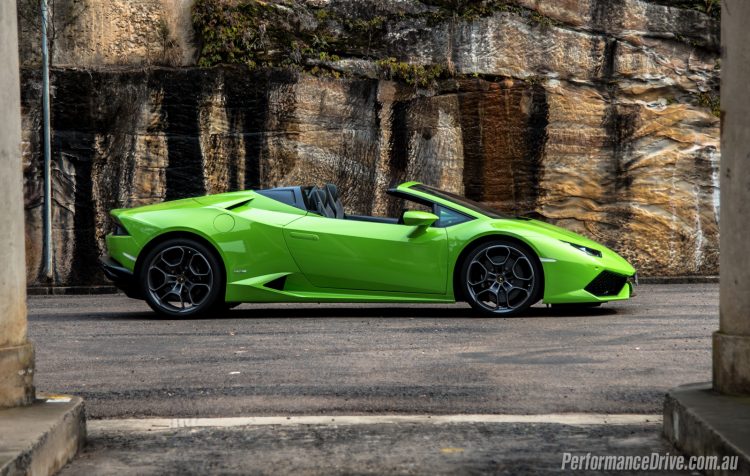 There aren’t many cars on the market at the moment that can tickle all of the senses quite like the Huracan Spyder. In coupe form it is an absolute joy to drive. In Spyder form you get an added element of enjoyment and excitement thanks to more noise coming into the cabin and the open-air experience.

So, first impressions then? We want one. The crisp throttle response and sheer power and resulting speed is head-shakingly mesmerising. Pair that with the flawless dual-clutch gearbox and the theatrical design of the interior and exterior, and it is impossible to resist.

Are there any downsides? Well, if there’s one thing we find a little annoying when driving the car it’s the way other road-users always sit perfectly in your blind-spot. They obviously aren’t doing it to cause danger but rather so they can get a good eye-full of the car as it cruises along. But for the driver it can become frustrating on a busy-ish motorway.

Really? That’s it? Well, what do you want us to say? The boot is too small, the ride is too firm, and the price and options are too expensive? If you’re thinking that then you’re completely missing the point of cars like this. It’s a supercar. A special-occasion car. One that you drive not simply to get somewhere but for pleasure, for the sake of driving. No, there isn’t much we don’t like about the Huracan Spyder. In fact, if it were our money we’d buy the Spyder over the coupe just because of that added wow-factor and enhanced aural experience.

Anyway. A full review covering more detail will be up soon. In the meantime check out our POV video below. We’ve tried a bit harder this time to put you into the driver’s seat and give you more of an idea of what the car is like to drive, compared with our previous POVs. Feel free to let us know what you think.