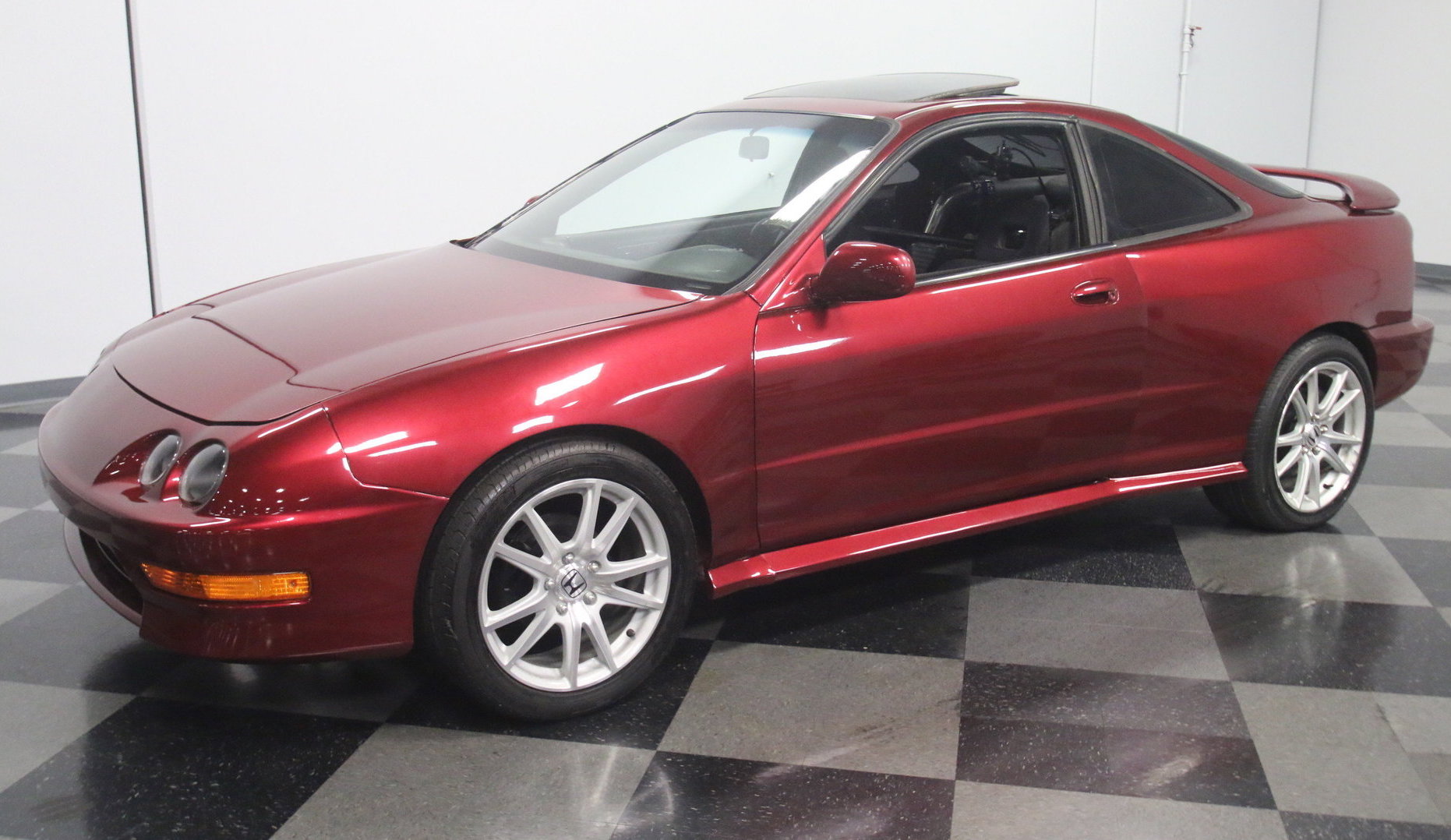 How’s this for a crazy conversion idea. It’s a 1999 Honda Integra that features not just a rear-wheel drive conversion, but also a V8 engine conversion of mammoth proportions. 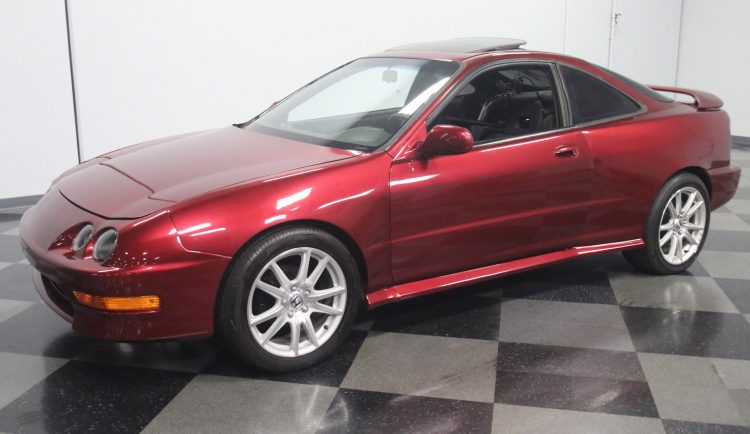 We were going to say, ‘under the bonnet is a…’. But, the standard VTEC four-cylinder engine is gone. And so are the rear seats and everything that used to be the boot. Instead, behind the front seats is a whopping 500ci (8.2L) V8. That, you think, should be enough to get the tyres turning.

Just to make sure there’s no possibility of any tread still existing, the V8 also features two 65mm turbochargers. These breathe in fresh air via two intercoolers, before forcing through a 950 CFM carburettor. Under the bonnet, instead of the Honda engine there’s a custom radiator and 64L fuel cell.

Obviously there is plenty of custom work that has gone into building this unusual beat, and some of the other work includes a custom exhaust with “giant mufflers” to try and conceal the fact that it has a V8. There’s also a subtle wide-body bodykit, and a set of 17-inch Honda S2000 wheels with 225/45 and 245/45 tyres. 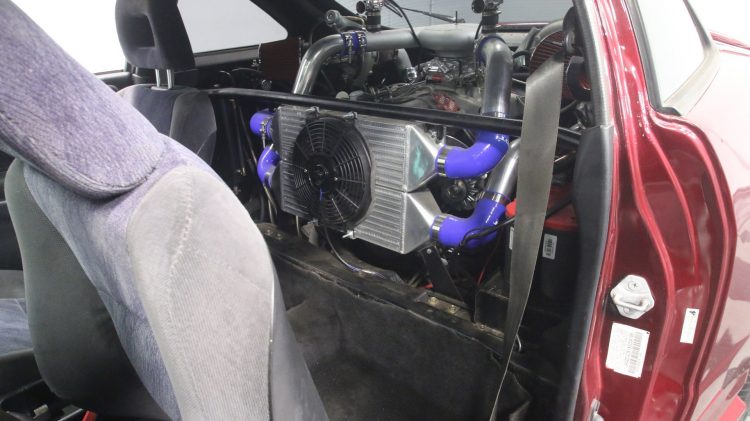 The idea was to create the ultimate sleeper. And on exterior impressions, the Integra doesn’t look all that crazy. Sure, there’s a wide-body kit but that’s nothing special, and the S2000 wheels, but the rest of the car looks pretty regular. Actually, the twin exhausts poking out from under the number plate do seem suspicious.

According to the seller the car isn’t tricky to drive on the street. Matched up to the engine is a three-speed auto from an Eldorado, so it should be smooth cruising. It is “insanely fast”, though, according to the seller, but it is gentle when you want it to be. Apparently.

It’s an awesome sleeper however you look at it. We’re sure the owner has had some fun playing with motorists at the traffic lights. You can check out more details, including a heap of images, over at the Streetside Classics website. The asking price is US$27,995.