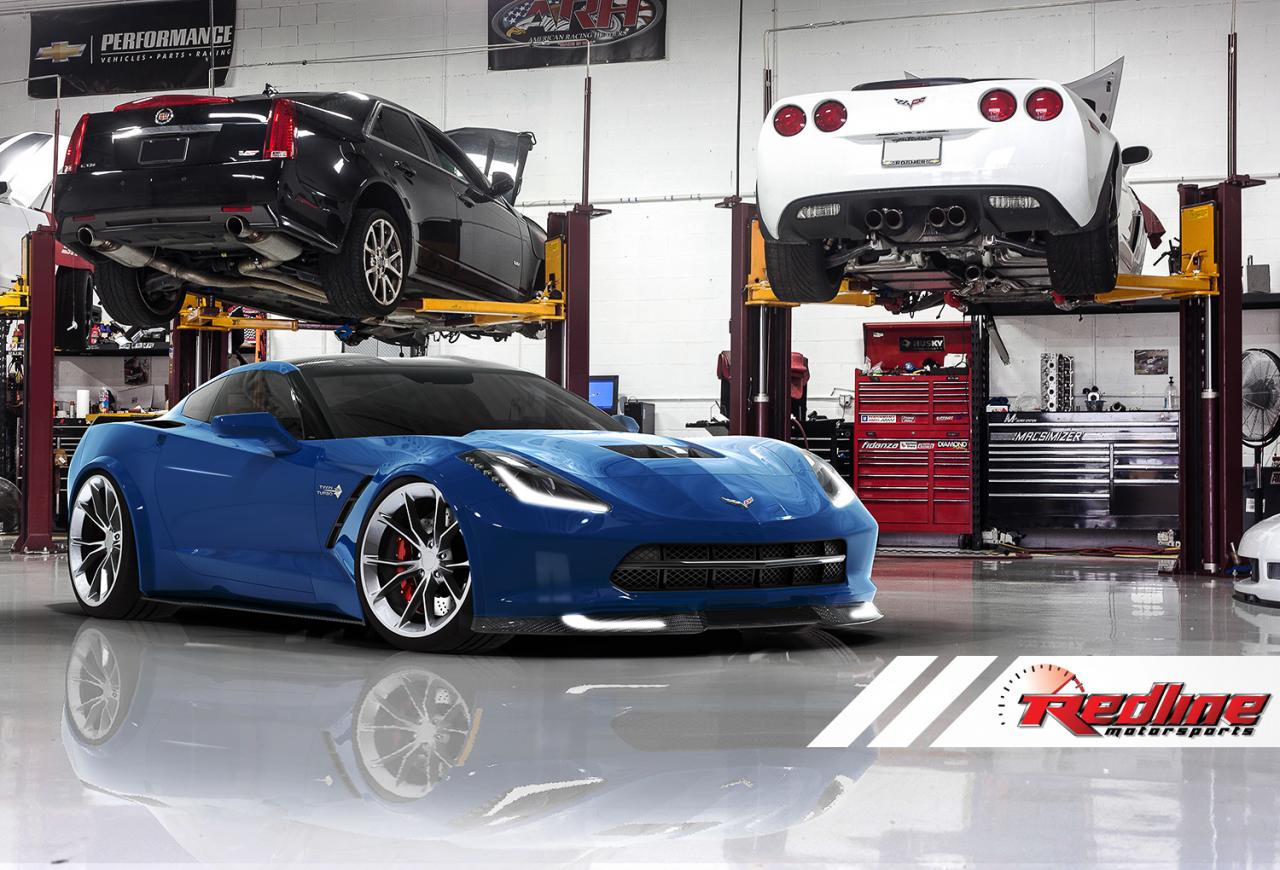 Even though the 2014 Chevrolet Corvette Stingray has only just been announced, Redline Motorsports is already planning a tuning package. Called the Adrenaline Rush, appropriately, the kit aims to amplify performance in all areas. 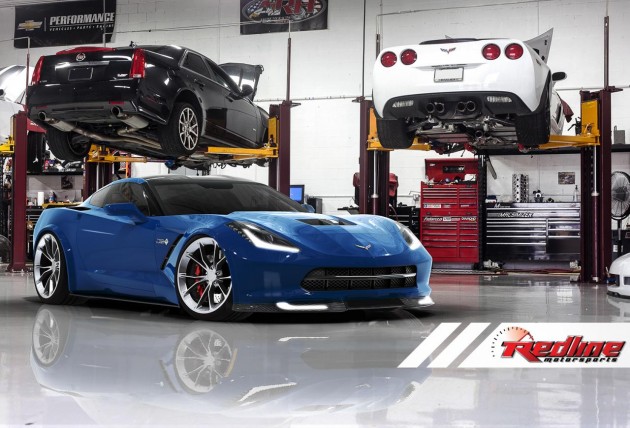 This is just a preview at this stage, however, as you can see by the teaser images, Redline Motorsports is planning a decent bodykit upgrade for the new Stingray, with a lower and sharper front spoiler, matching side skirts, and a neat rear spoiler.

The Adrenalin Rush package will also include a new vented bonnet, giving the front end a certain amount of attitude, some larger forged alloy wheels, as well as a sports lowered suspension system for that ultimate stance.

As for under bonnet performance, power will hike thanks to a twin-turbo setup on the 6.2-litre V8. Overall power is pitched to be around 485kW, while a 746kW (1000hp) tune is also in the pipeline.

More details will be announced in the near future.