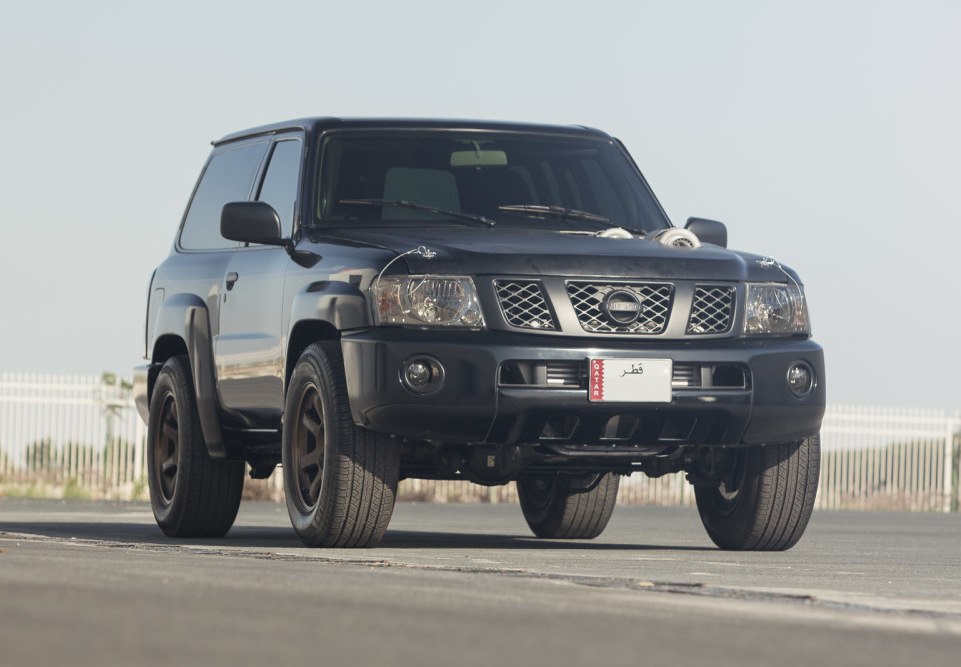 Speedhunters has unearthed a volcanic 1400hp three-door Nissan Patrol in the Middle East. Imagine a Mitsubishi Pajero Evolution that’s spent decades in a high security prison munching steroids and you get the idea. 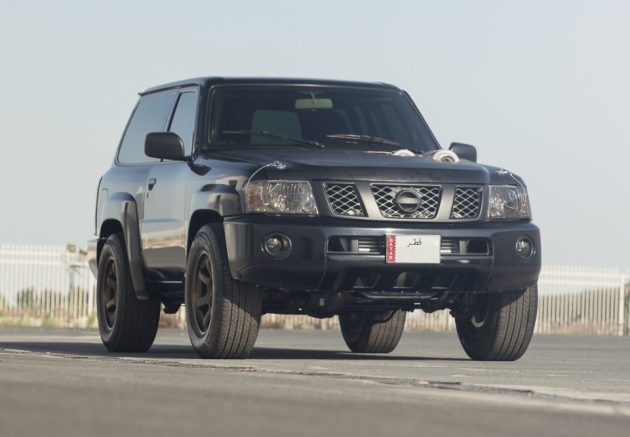 The Qatari owner has a vast collection of other supercars, but only wished to share this sinister black beauty with the website.

The 4.8-litre TB48 straight six is actually very popular for tuning in the region, with this example sporting two Precision turbochargers poking through the bonnet, making the SUV look as if it’s swallowed a Boeing 747.

Put together by Al Anabi Performance, other gear includes AAP camshafts, uprated fuel pump and injectors, cooling system, and a MoTec M1 ECU, all resulting in over one megawatt at all four wheels (1044kW). It pushes the brick-like silhouette to a 308km/h speed over half a mile (804m). 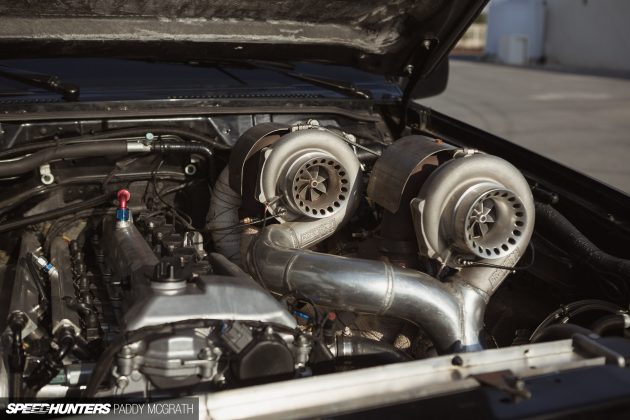 Thankfully, the 4×4 has a full safety cage and racing seats, dinnerplate-sized two-piece floating discs with Endless calipers, and wrapped in the JDM-fashionable RAYS Volk Racing TE37s.

Inside there’s a MoTec digital display, but overall the car looks like a standard Patrol, save for the bonnet release, red stripes and that turbo poking out.

No word on what transmission is used, but no doubt it is something heavy duty. Whether the SUV is capable of demolishing dunes or strictly set up for drag racing is not specified either, but either way it is an intimidating bit of metal. Head over to the source link for more info and photos. 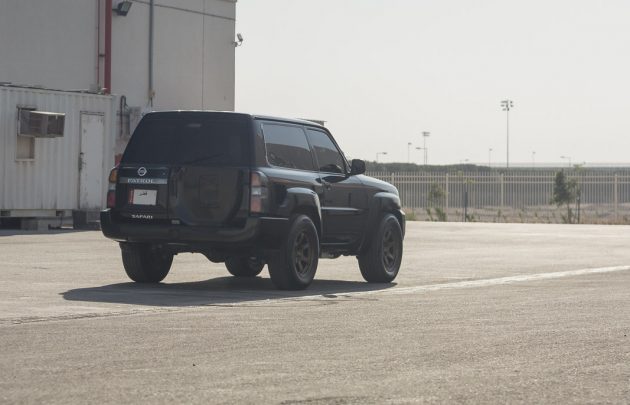