After bringing home the gold in the Rally of Sweden a couple of weeks ago, the all-new Volkswagen Polo R WRC car is proving extremely competitive and has taken out the weekend’s Rally of Mexico. This is Volkswagen’s second ever win in WRC. 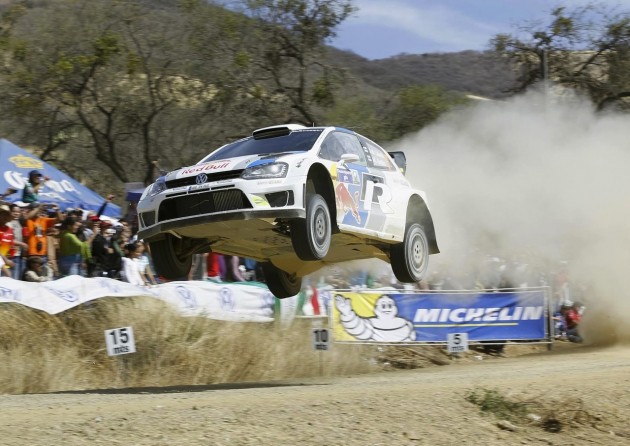 Piloted by Sebastien Ogier and Julien Ingrassia, the number eight Polo R won 16 of the 23 special stages of the rally, including winning the Power Stage, which earned the team three bonus points for the championship. Ogier was understandably pleased with the win, saying,

“What a fantastic feeling. The Polo R WRC was perfect for every single minute of the Rally Mexico. I can only thank my team for that. This victory at our debut on gravel is very special and will always have a special place in my heart. We will definitely celebrate it in style tonight.”

The Mexico rally certainly put the new Polo and the Volkswagen team to the test, with some stages just under 2700 metres above sea level, with temperatures soaring beyond 30 degrees, putting huge strains on all cars and teams.

Rolling through in second place for the rally was Citroen DS3 drivers Mikko Hirvonen and Jarmo Lethinen, followed by Thierry Neuville and Nicolas Gilsoul in the Qatar WRC Ford Fiesta RS.

Even though nine-time world champion Sebastien Loeb wasn’t racing at the event, since going to part-time for this year’s season, the Frenchman holds onto his second place overall standing in the WRC leaderboard, in terms of points.

Sebastien Ogier sits on 74 points, while Sebastien Loeb is on 43, with Mikko Hirvonen rounding out the top three with 30 poiunts.

The next round of the 2013 World Rally Championship will take place at the Rally of Portugal, running from April 11 to 14.

See below for the top ten results for the 2013 Rally of Mexico: