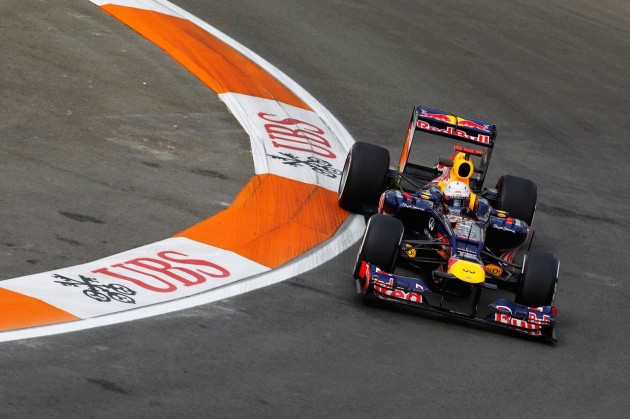 The Red Bull Racing driver posted a 1:39.334 early in the session and it was never beaten. Force India’s Nico Hulkenburg was the closest to Vettel’s time, just 0.13 seconds off the pace.

Aussie Mark Webber could only managed ninth fastest, more than half a second adrift of his teammate despite having a flying lap on soft rubber. Compatriot Daniel Ricciardo was down in 18th, some 1.78 seconds off the pace.

McLaren drivers Lewis Hamilton and Jenson Button were 14th and 12th respectively, but both drivers didn’t use a set of soft rubber during the session.

Ferrari’s Fernando Alonso was seventh fastest while his teammate Felipe Massa struggled for only 15th position.

A third and final practice will get underway at 7pm AEST before qualifying at 10pm.