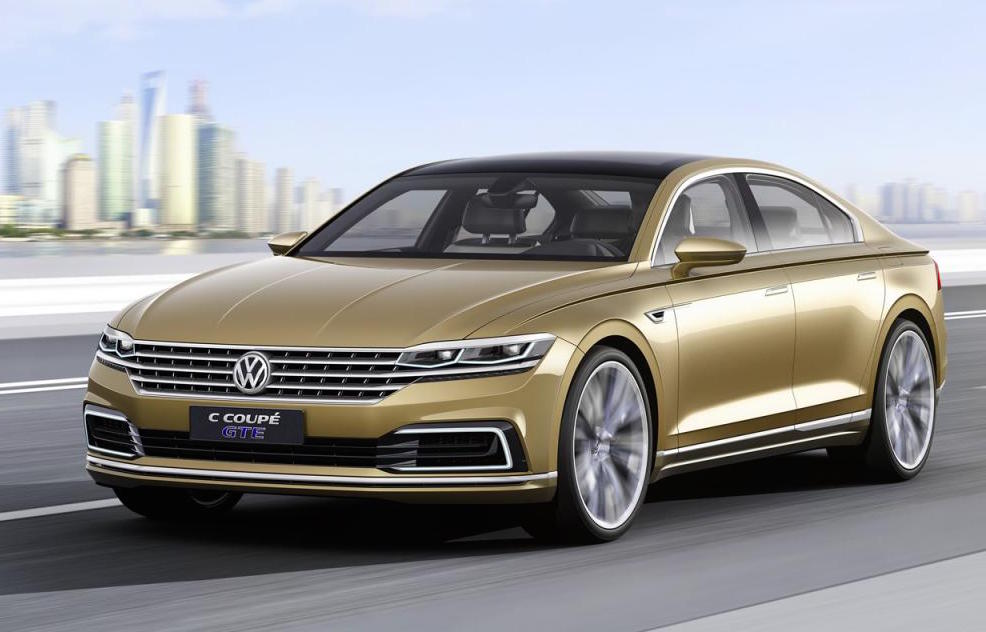 Volkswagen could be keen to be a big player in the plug-in hybrid premium sedan market, overnight unveiling this, the C Coupe GTE concept at Auto Shanghai 2015. 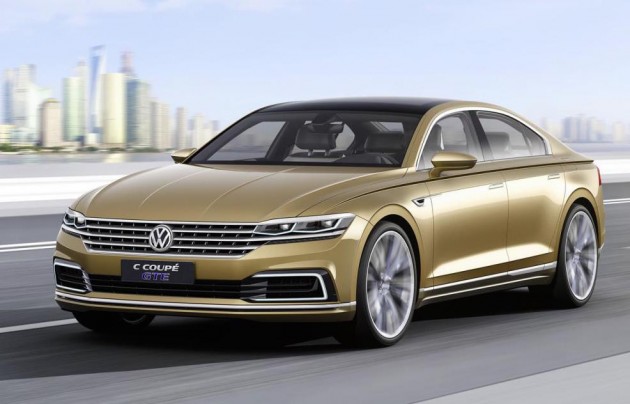 The C Coupe is powered by a hybrid setup consisting of a four-cylinder TSI engine, mated to an electric drive system. The internal combustion engine produces 155kW, while the electric motor pushes out 91kW, for a combined output of 180kW and 500Nm.

Due to its long wheelbase (3001mm) and luxurious interior, the C Coupe won’t be burning any Teslas at the lights, with a 0-100km/h time of 8.6 seconds and a top speed of 232km/h. The concept does however shine in terms of economy, with a claimed consumption rate of just 2.3L/100km, and releasing only 55g/km of carbon dioxide.

The concept comes with a lithium-ion battery pack, which enables electric-only cruising of up to 50km. It is charged by the internal combustion engine, contributing to a combined potential range of more than 800km.

The C Coupe GTE also experiments with some fresh ideas from Volkswagen’s upcoming design language, with a unique set of smart and sophisticated headlights and a new grille façade. Volkswagen says a production version of this may slide into the lineup above the Passat.

Inside there is an advanced interior layout, heavily influenced by the Passat, with fresh touches like an all-new center console controlling two rear-facing displays for passengers in the rear. A smart dash presents the front passengers with a whole suite of connectivity and interactive functions, with a full digital display for the driver. 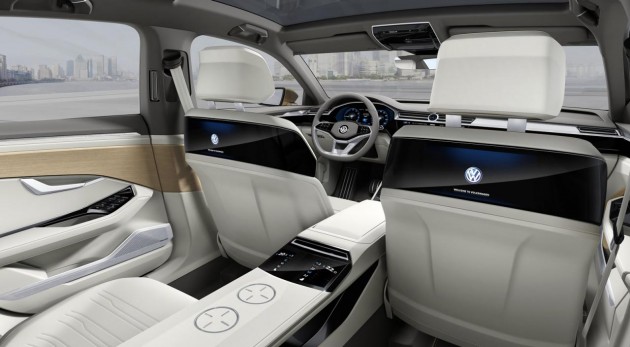 If VW is going to launch a large luxury sedan any time soon expect plenty of inspiration to be drawn from this. A production version might be developed in the future, at least for the Chinese market where the segment shines.