Superchips in the UK has announced its latest ECU upgrade for the current Volkswagen Polo GTI. Superchips is Volkswagen Racing’s official tuning partner, and has been for over 10 years. 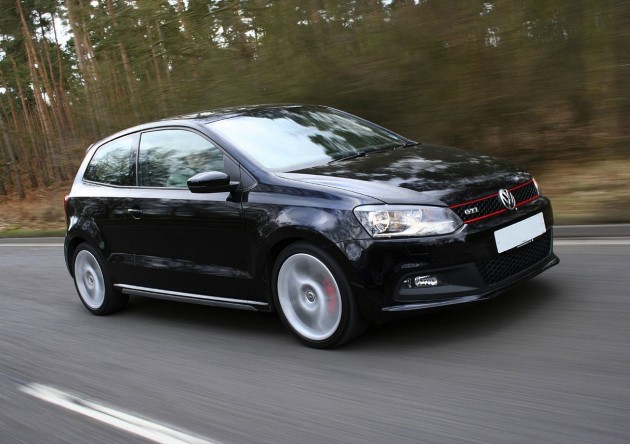 The Volkswagen Polo GTI is one of the best small hot hatches money can buy at the moment. It comes with a cracking 1.4-litre TSI turbo and supercharged four-cylinder engine producing 132kW of power and 240Nm of torque. It’s capable of propelling the Polo from 0-100km/h in just 6.1 seconds.

After the engine computer retune, more power is developed from as low as 2500rpm, providing more low-down pickup. Power then peaks at 6501rpm, with around 151kW at the engine on tap.

The torque curve is also improved, with increases coming into play from 2400rpm. Again, this would increase the Polo’s ability to gather speed more quickly, and churn through the gears more quickly. Torque reaches its max at 3475rpm, providing a total of 263Nm. 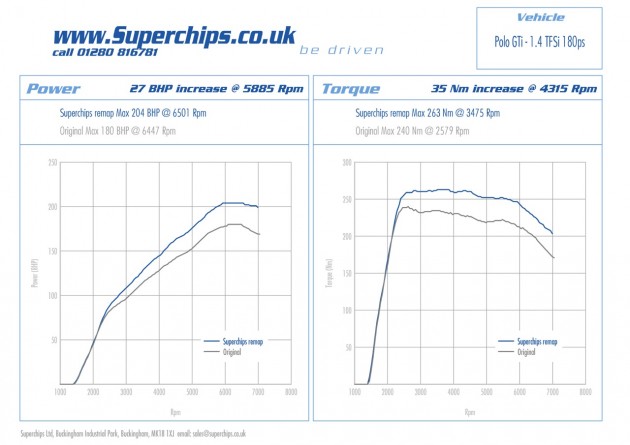 Superchips hasn’t provided potential improvements for acceleration times, however, with these increases you could expect 0-100km/h to come up in the 5.0-seconds range.