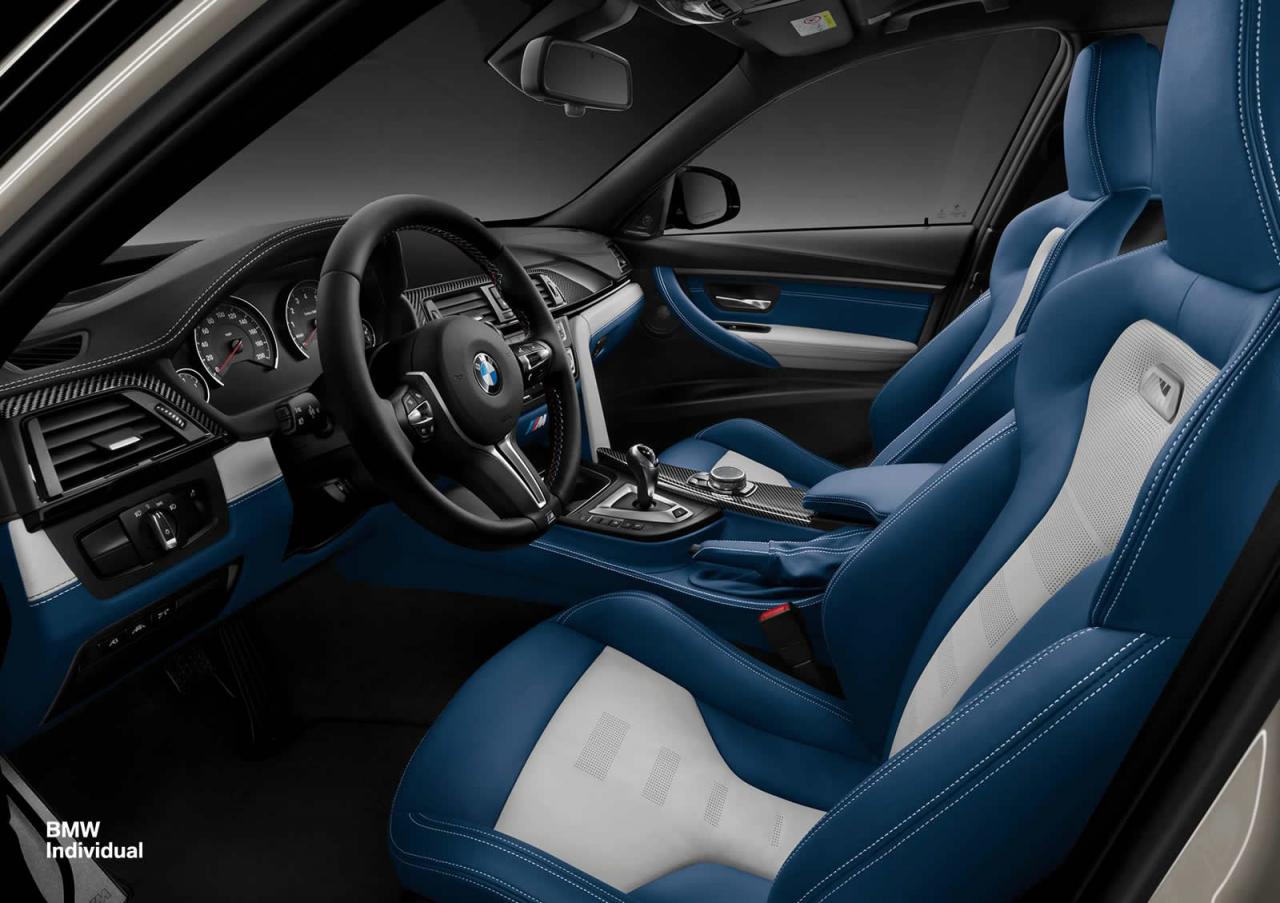 If you want your new BMW M3 to stand out from the rest, BMW Individual has just come up with an option that is certain to do the trick. 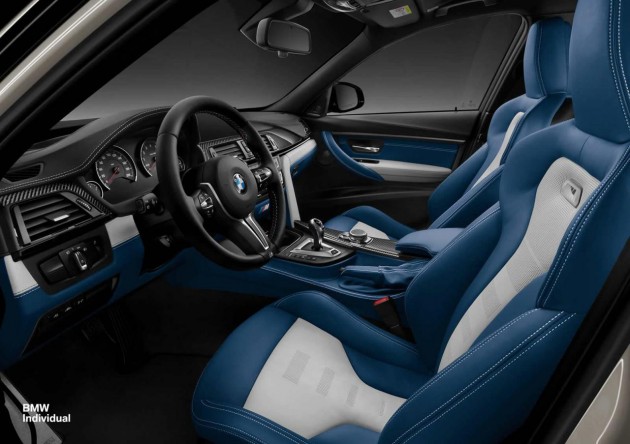 The sub-brand has developed an exquisite interior package including a fine-grain Merino leather upholstery in two-tone Fjord Blue and Silverstone colour scheme.

The theme extends over the centre console, with contrasting Silverstone stitching threading it all together. It also merges up with the lower dashboard with a neat Silverstone strip along the top.

Aside from the two-tone theme, there’s also a number of M badges spread around the cabin such as on the centre fascia. Some carbon fibre trimmings on the dash and console add to the performance appeal.

Lastly, not leaving the exterior untouched, BMW Individual has come up with a unique Fashion Grey paint finish. It’s only available through the options division, making the package even more exclusive.

No changes are made under the bonnet which means the 3.0-litre turbocharged inline six engine produces 317kW and 550Nm. But that’s hardly a bad thing, considering it can propel the M3 from 0-100km/h in just 4.1 seconds.