Lexus Australia has announced plans to introduce the latest 2013 Lexus ES range to local showrooms. Both the ES 350 and ES 300h hybrid will arrive here during the final quarter of 2013. 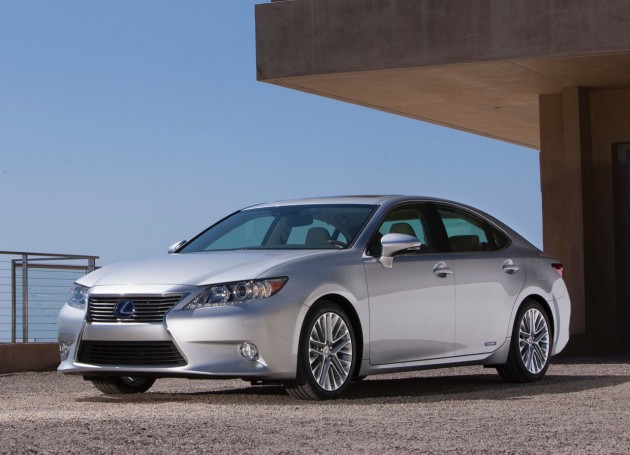 Sitting between the IS sedan and the large GS sedan, the new ES is expected to be a popular choice among luxury car buyers. Lexus says the ES is the company’s most popular model worldwide, with most sales made in US markets.

The last time the ES was sold locally was seven years ago. Lexus says there has been lots of demand for the 2013 version. Sean Hanley, Lexus chief executive, recently said,

“Today we still have many loyal ES owners who refused to purchase anything other than an ES and the great news is they won’t have to wait much longer for the exciting new model.

“This all-new ES is not only redesigned, re-engineered and with more power; it returns to Australia with a loyal customer base and in a form that will attract new customers to the Lexus family.”

So far, only the dimensions of the car have been released by the local arm. Australian specifications are yet to be announced, however, overseas, the ES 350 comes with a 3.5-litre V6 set to produce 228kW, while the ES 300h comes with a 2.5-litre four-cylinder Atkinson cycle hybrid system.

Prices for the ES in Australia will be announced closer to its launch later this year.

Dimensions are as follows: