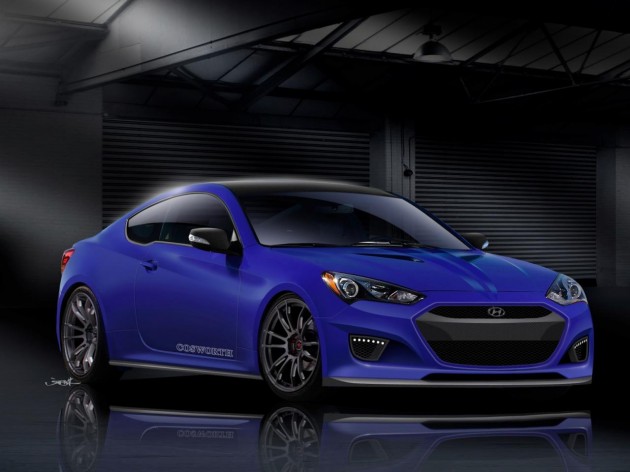 Cosworth, perhaps renowned for its involvement in World Rally and various high-end performance engineering applications, has concentrated mainly on making the Genesis Coupe quicker and more suitable for track driving.

The 3.8-litre naturally aspirated V6 engine receives a special tune by Cosworth adding 30kW and 40Nm to its output. It now produces a very decent 290kW and 440Nm. 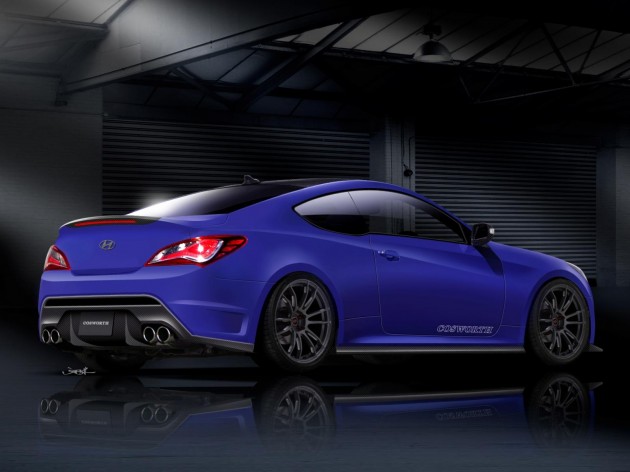 Other mechanical changes include a beefier brake package to ensure the Genesis can stop after hard acceleration stints, as well as a full Cosworth suspension system to improve handling.

To give it a bit more show presence, Hyundai has gone with a satin blue paint scheme contrasted with grey bodykit trimmings, a chunky rear diffuser, and a set of gunmetal grey lightweight alloy wheels.

The interior is also given a makeover, with sports bucket seats, a sporty new gear knob and pedals, a bespoke upholstery, and a new steering wheel.

The completed project will be unveiled at the 2012 SEMA show in Las Vegas, running from October 30 until November 2.

As we’ve previously reported, Hyundai Australia is planning on introducing the sports coupe into the local lineup at the next model update in 2013/2014.

The 2023 Hyundai Palisade facelift is just around the corner, and today prices and final specs have been announced for...

Hyundai and Rolls-Royce have announced an unexpected collaboration that looks set to result in a live demonstration of a hydrogen...

We’ve been speculating on Hyundai’s plans for giving its IONIQ 5 the N performance treatment for quite some time now,...